By Peter Malone ElliottMarch 2, 2022No Comments 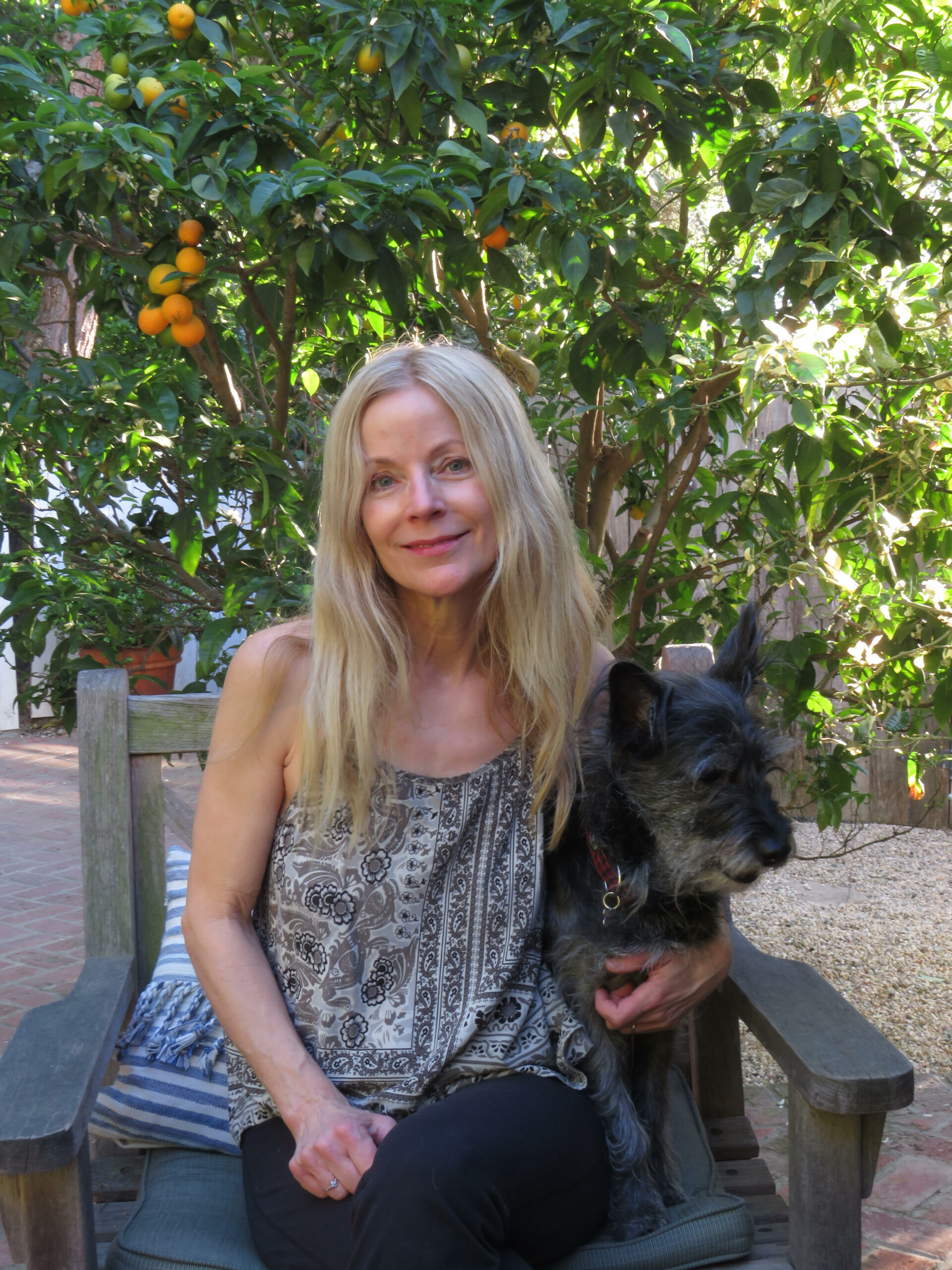 Victoria Morsell was the Grand Prize Winner of the Mystery/Thriller category in the 2021 Book Pipeline Unpublished season with her novel, Awful Necessary Things.

I’m an absolute sucker for bleak, slow-burn thrillers set amidst a highly dysfunctional family dynamic. So, it shouldn’t come as a shock that I fell absolutely head over heels for Awful Necessary Things—which, by the way, is full-stop one of the best titles for a novel, ever. Can you talk a little bit about where the inspiration for the narrative came from? What made you want to explore the machinations of familial discord through such a particular genre lens?

Wow, thank you! What an amazing compliment. And I’m so happy you like my title. I’ve always been fascinated by family dynamics and especially difficult relationships that are bound together by a fierce sense of loyalty. There is a push and pull that is really interesting between a family that is super close. I was interested in what could happen when an interloper insinuated herself into a close family and amplified the existing dysfunction, pushing these people who are bound together by blood to confront their shameful secrets and long-simmering resentments. As far as genres go, I don’t usually set out to write a particular kind of story (except for the book I am writing now—a fictionalized memoir). Normally, I start writing and see where my characters take me. I like to see what happens when characters are pushed to the brink, when they hit rock bottom. At the start of the book, all three of my main characters are at a very low place in their lives. I think tragedy and adversity can clarify the world to us, stripping away all the excess so we see what is really important—the way a fire burns a forest and strips it bare but leaves the soil fertile for new growth. I wanted to see Thomas and Ellie similarly devastated. Then I wanted them to pull themselves up by their boot straps and come together in a powerful way, and through forgiveness, have a sort of rebirth. I felt the thriller genre would be a great vehicle for these themes, a way to look at forgiveness and the heavy weight of guilt, how forgiveness transforms and strengthens, while tragedy brings out the best and worst in people.

Another thing I love about Awful Necessary Things is the fact that it takes on a multi-POV style of storytelling. It is one of the hardest things to do in prose, and you pulled it off magnificently. What made you decide to pen Awful in that way, and what challenges arose from it while drafting?

Thank you so much! Writing multiple POVs drove me crazy at times. I love a big family drama and felt the only way to do justice to the struggles of my three main characters was to give each one a voice and perspective. It was a challenge keeping their voices distinct. I wrote Mary in first person because I wanted readers to feel an intimacy with her, and I thought it would help them connect to her as an outsider. I have older sisters who are twins and, growing up, I sometimes felt like the third wheel or an outsider.

At times it was very overwhelming trying to keep track of each character arc. During my last few months of revising, I made color-coded index cards for each character. I covered the wall in my bedroom with them so I could see how the scenes balanced out. I wanted to make sure that each of the main characters was equally weighted across the narrative. It was a very helpful way to see the book as a whole.

Your protagonist, Mary, is about as far on the “antihero” spectrum as you can get—but in the best way possible. She never veers into being a one-dimensional “evil” character. She’s richly crafted, mysteriously complex, and is strangely relatable—despite her arguably sociopathic tendencies. In a lot of ways, she reminds me of Tom Ripley, the classic Patricia Highsmith character. Who were some of your antihero inspirations while you were creating Mary, and what parts of them did you incorporate into her?

I love that she reminds you of Tom Ripley! I did not set out to write an antihero. When I first started the book, Mary was a woman trying to atone for causing a tragic accident. The book began as a sort of vigilante story but changed once I figured out who Mary was. When I realized there were two siblings (I started off with only Ellie) and Mary really had something to push against, she began to transform into a darker character, but someone I hoped readers could still relate to. Everyone has good and evil in them. I think what fascinates me is what drives people to take that wrong turn, and how difficult it is to go back once you do. My mother was a public defender, who married her client in prison, a convicted felon. So I’ve always been curious about why he went bad and what drew my mother to him.

Because I felt I understood Mary, I could have empathy for her, even though she was destructive and not empathetic herself. As I was writing her, I was trying to figure out what made her tick. That exploration made the character fun and exciting to write, especially once I understood Mary’s background, what she wanted, how fire was a big part of her identity, and that the only way she knew how to communicate was through destruction and manipulation.

You have a fascinating background—for years, you were a successful actress. You even starred in the cult classic video game Phantasmagoria. Do you ever miss acting? And, to that end, how did being an actress influence your writing?

I do miss acting sometimes, but not the business of it. I miss being on stage and getting lost in another character for a while. Acting definitely helped me as a writer. Actors and writers are all about character. To me, character is everything. I can get lost in the world of my characters while writing, just like I used to as an actor.

You’re alone in a room with a younger you, and you can give her one sage piece of advice. What would it be and why?

I have so much to say to my younger self! I probably push the same advice on my kids way too often. I didn’t understand art when I was young. I was concerned about following rules and directions and doing things the “right” way. I didn’t understand that I had something unique to bring to whatever project I was doing, whether acting or writing. I would tell my younger self to trust her instincts and be authentic. Don’t let anybody tell you that can’t do something. Plenty of people will try to derail you along the way. Be willing to learn from others, but always follow your gut instinct when it comes to your art.

I would also tell my younger self to try things and be okay with failing. Just keep moving forward because the people who succeed are the ones who just keep at it no matter what. Damon Lindelof said: “In order to make shots, you gotta miss shots. Embrace rejection.” I’m so inspired by my husband, writer/producer David Hemingson, because he works very hard and is constantly juggling many projects at once. He doesn’t let set-backs or disappointments slow him down, he’s always back at the computer working on something new.

Oh and the most important piece of advice: write everyday if you can. Even if it’s only one sentence.

Born in Madison, Wisconsin, Victoria grew up on the west coast, and currently lives in Los Angeles with her husband, younger son, and their dog, Leaf. An actor for over ten years, she appeared in numerous TV shows and movies, including a starring role in the CD ROM game PHANTASMAGORIA, in which she was murdered endlessly (thankfully, only in the digital realm). She has an MFA from Antioch University and has had work published in Santa Monica Review and Shondaland. She is currently working on her third book.

AWFUL NECESSARY THINGS is a thriller set in a small town in southern Oregon. Told from multiple points of views, the novel follows a mysterious young arsonist whose search for her father draws her into the embers of a dysfunctional family, still smoldering from a firestorm of betrayals, secrets, and lies. Victoria is perplexed and fascinated by the recklessness of humanity, and how our frailty is juxtaposed with surprising resilience in the midst of disaster. The book also explores the importance of forgiveness, messy sibling dynamics and more. She is very honored to be a winner of the Book Pipeline Unpublished Contest.