By Peter Malone ElliottJune 7, 2022No Comments 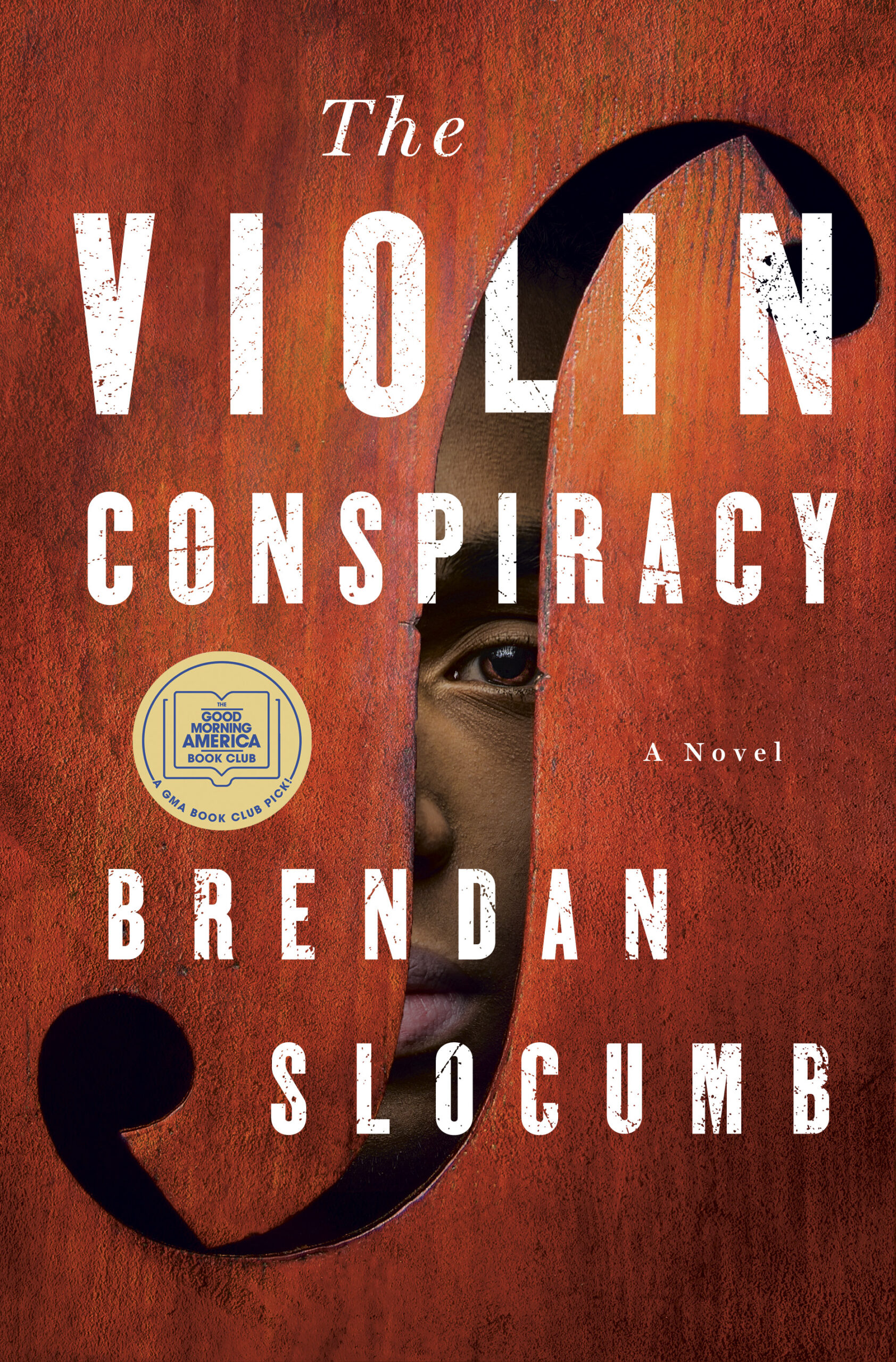 How could the world of classical music possibly be conducive to a thriller?

To be completely fair, this was the first thought that entered my head when The Violin Conspiracy was recommended to me. Don’t get me wrong, I loved the idea of a novel placed in the oeuvre of professional orchestral music—I come from a family of musicians and played three different types of saxophones (soprano being my favorite, obviously) for the better part of a decade. But I was struggling to wrap my head around how that would translate well to the specific structural demands of a thriller novel. Is it a highly unusual, unique backdrop to set a story in? Absolutely. But, when you think about glissandos, andantes, and vibratos, does your mind immediately modulate to a pedal-to-the-metal, plot-driven storytelling genre like a thriller? And, more importantly—would it be able to sustain itself for 300+ pages? I was … skeptical.

All that said, I was very curious to see if the story—written by Brendan Slocumb, a highly successful concert violinist himself—was up to the task. Plus, Slocumb is based in the Northern Virginia/DC metropolitan area, my native neck of the woods. So, I had to check it out because …

FYI, reader: DMV is a colloquial slang term that refers to “DC/Maryland/Virginia.” I am NOT representing the Department of Motor Vehicles, because … well, that’s just gross.

*Peter shudders as he thinks about the time he waited five hours in a Southern Californian branch of the DMV.*

Anyhow—the more I read The Violin Conspiracy? The more I realized just how ill-informed (OK, I’ll say it: dumb) my initial gut reaction was. While I’m still not sure calling this a “thriller” is quite the right fit (despite the way it was marketed, I think “literary mystery” is much more apt) it was abundantly clear: choosing such an unsparing, utterly cutthroat industry for the novel’s setting was a seamless backdrop for a psychologically driven work—both thematically and tonally. Furthermore, it’s a pitch-perfect accompaniment for the virtuoso “soloist” performance of the narrative: a searing dissection of obsession, familial strife, greed, and race relations through the plot device lens of a stolen Stradivarius.

The novel follows Ray McMillian, a black violinist from rural North Carolina who wants nothing more than to become a world-class performer in an overwhelmingly white industry. One of the few people in Ray’s life who supports this dream is his grandmother, who gifts him an on-its-last-legs family heirloom—his great-great grandfather’s fiddle. And when Ray finds out that the fiddle is actually a Stradivarius worth millions, he gets everything he’s dreamed: worldwide acclaim playing in orchestras around the world. But it also puts him in the center of a media coverage firestorm and makes him the subject of two separate lawsuits over the true ownership of the instrument—including one mounted by his own family. And even amidst all these external pressures, Ray is preparing for the Tchaikovsky Competition, the most prestigious classical music competition in the world. So when Ray wakes up one morning to find the violin stolen and replaced with a ransom note for five million dollars? He must race against the clock to reclaim it, while also proving to the world that he is more than just its keeper—that he is a gifted musician all on his own.

The excellently executed genre trappings and highly distinctive story-world aside, where The Violin Conspiracy really excels, in my mind, is in its “quieter” moments. It is obvious from the get-go that Slocumb based a great deal of Ray’s experiences on his own. Ray’s frustrations at the hierarchical, often highly racist nature of classical music are palpable, insightful, and heartbreaking—which immediately paints Ray as an empathetic character that you want to see achieve every single goal he sets his mind to. Slocumb does a magnificent job of authentically grounding the reader in the intricacies and quirks of the orchestral musician lifestyle without sacrificing the pace of the narrative nor Ray’s overall character development. While I learned a lot, I never felt distracted, bored, or disinterested—which is much easier said than done on an author’s part. It was just the exact right amount of sprinkled-in information—like a good seasoning on a juicy ribeye steak.

I also particularly loved the way the devices of the family drama genre were used to flesh out Ray’s arc as a protagonist. As someone who loves to examine the aftereffects of familial trauma in my own work, I absolutely love it when an author can do it without delving into cliché or heavy-handedness. The unflinching, unrelenting bluntness in which Slocumb paints Ray’s family—and the lengths they are willing to go in order to preserve their own fortunes, no matter the cost to Ray’s future and happiness—really added another dimension of depth to an already rich, vibrant story. The heightened, at times almost theatrical nature of this dynamic reminded me (in certain ways) of one of my favorite pieces of the past decade: Sharp Objects by Gillian Flynn. Done right, there’s an inimitable gravitas to the powerful pull that a fractured Southern family can have on a protagonist’s psychological state—and Slocumb really did wield it to show-stopping effect.

While some thriller purists might be a touch disappointed by the ending (admittedly, I did see its twist coming from a long way off), they would be foolish to let that taint their overall opinion of The Violin Conspiracy, as it’s a miraculous and important debut effort from an artist with so much to offer the publishing industry. I’m very excited to see what literary masterstroke he performs for us next—and to see him in concert when I’m back in the DMV!

Also—can we talk about how I got through an ENTIRE spotlight review of this book without saying a variation of the phrase “ … it’s more tautly threaded than a string on a violinist’s bow?!”