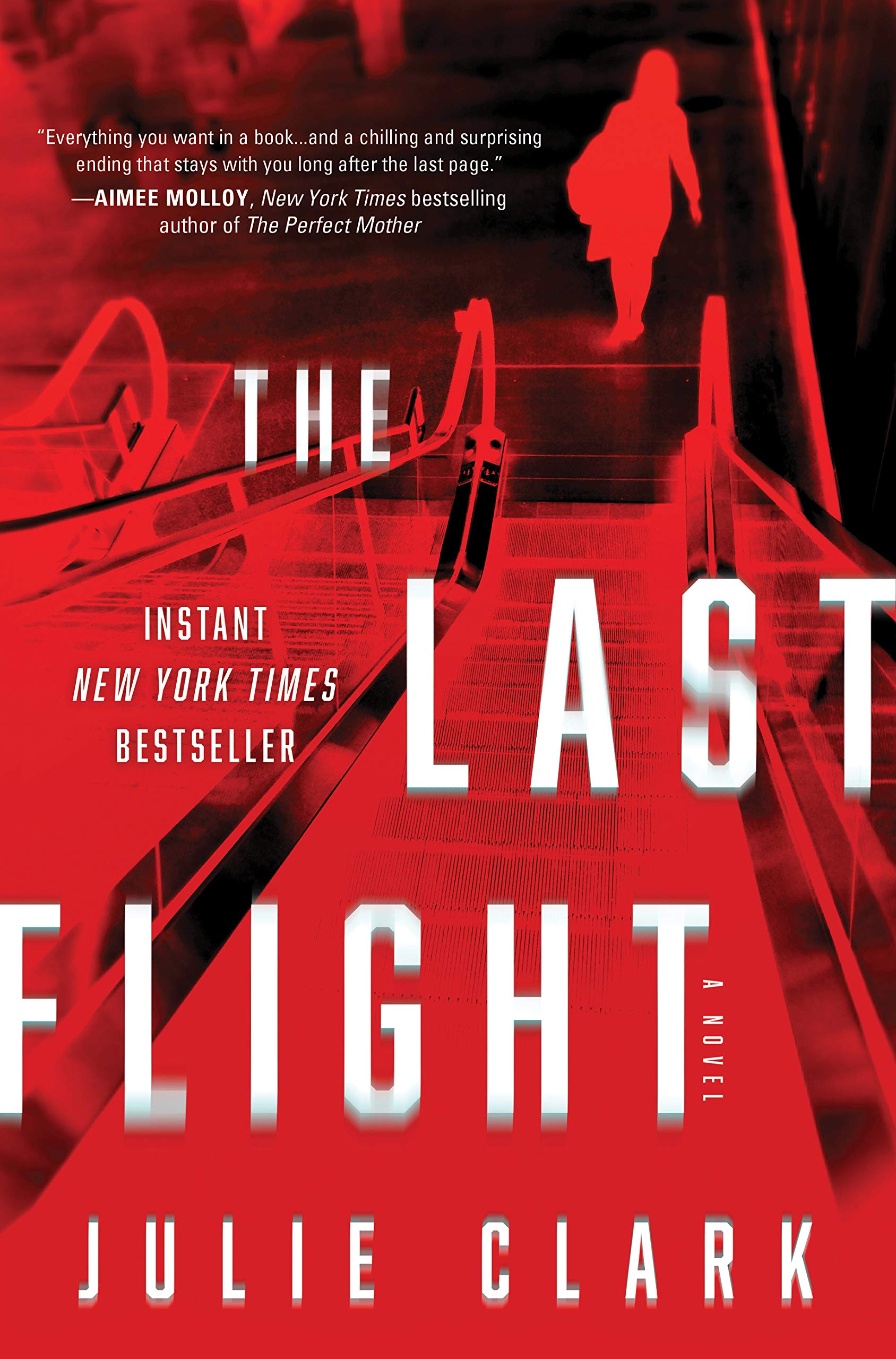 Don’t judge a book by its cover.

I know—it’s probably one of the most overused old chestnuts to ever exist in the English language. Or any language for that matter.

There are times, though, that if the shoe fits? You have to wear it.

See what I did there?

I have to admit, the cover of The Last Flight didn’t initially jump out to me. It looked like the front flap to a paint-by-numbers “airport novel”—the kind you see in a newsstand kiosk right next to your departing terminal gate, read on your flight, and then never think about again. The somewhat generic title didn’t help with this line of thinking, either.

But, the plot synopsis was intriguing, and the reviews were sparkling, so I had to see for myself. After all, we have a rule at Pipeline: if you don’t like something, don’t review it. So, I figured that, worst-case scenario, I would read the first couple of chapters and just stop if it didn’t turn out to be my cup of tea.

Not only did I finish it, I absolutely burned through it faster than a phoenix in a cornfield.

And I’m so unbelievably glad that I did.

The Last Flight, written by Julie Clark, follows Claire Cook, a woman trapped in a high-profile, secretly abusive marriage. After her impeccably thought out plan to escape her husband is unexpectedly derailed, Claire encounters Eva, a woman just as in need of a quick getaway, at the airport. The two strangers hatch a last-minute plan to switch tickets—Claire taking Eva’s to Oakland, and Eva taking Claire’s to Puerto Rico—to throw those chasing them off their scent. When the Puerto Rico flight mysteriously crashes, and “Claire” is pronounced dead, Claire realizes that she can assume Eva’s identity forever and truly start again. The only problem? Eva wasn’t who she said she was, throwing Claire headfirst into a world of danger and deceit, and leaving her vulnerable to being rediscovered by her powerful husband.

Published in June 2020 by Sourcebooks Landmark, The Last Flight is a psychological thriller that caught fire with both critics and audiences, quickly becoming a New York Times and USA Today bestseller. And it’s easy to see why. Its prose is taut, the characters rich, the overarching #MeToo themes timely, and the spoiler-heavy plot addictively paced. It’s only a matter of time before this is optioned for film. In the hands of a kick-ass writer/director and with the right actresses to portray Claire and Eva? This is an awards contender, something very much in the vein of Gone Girl.

The thing that really sets apart The Last Flight, though, is its structure. The novel is very much a “two-hander” between Claire and Eva, which is an immensely difficult thing to do, especially in the typically plot-driven genre it exists in. They are both incredibly strong protagonists on their own—you are just as invested in Eva as you are in Claire—making for a nuanced, wholly dynamic storytelling vehicle.

Furthermore, through its alternating perspectives between Claire and Eva—Claire in the present day, and Eva in the months, weeks, days, and hours before the crash—The Last Flight effortlessly buckles us into its propulsive, mile-a-minute ride. Clark chartered a much more difficult course here. There’s a reason why it’s the storytelling standard to have one lone protagonist, but by navigating this potentially choppy airspace, she has given us a much more rewarding, altogether emotionally resonant journey. We get two very different yet equal, psychologically intimate looks into what it means to seemingly “have everything,” but in actuality have nothing, and constantly be living in fear of what’s to come.

With that said, there’s no doubt about it—The Last Flight is a very “commercial” book. And that might make some literary purists (the word you’re looking for, reader, is snooty) turn their noses up at it. But that’s their loss, as they’ll be missing a mesmerizing work that 100% deserves all the plaudits it’s getting.