The Forest of Vanishing Stars

By Peter Malone ElliottAugust 19, 2021No Comments 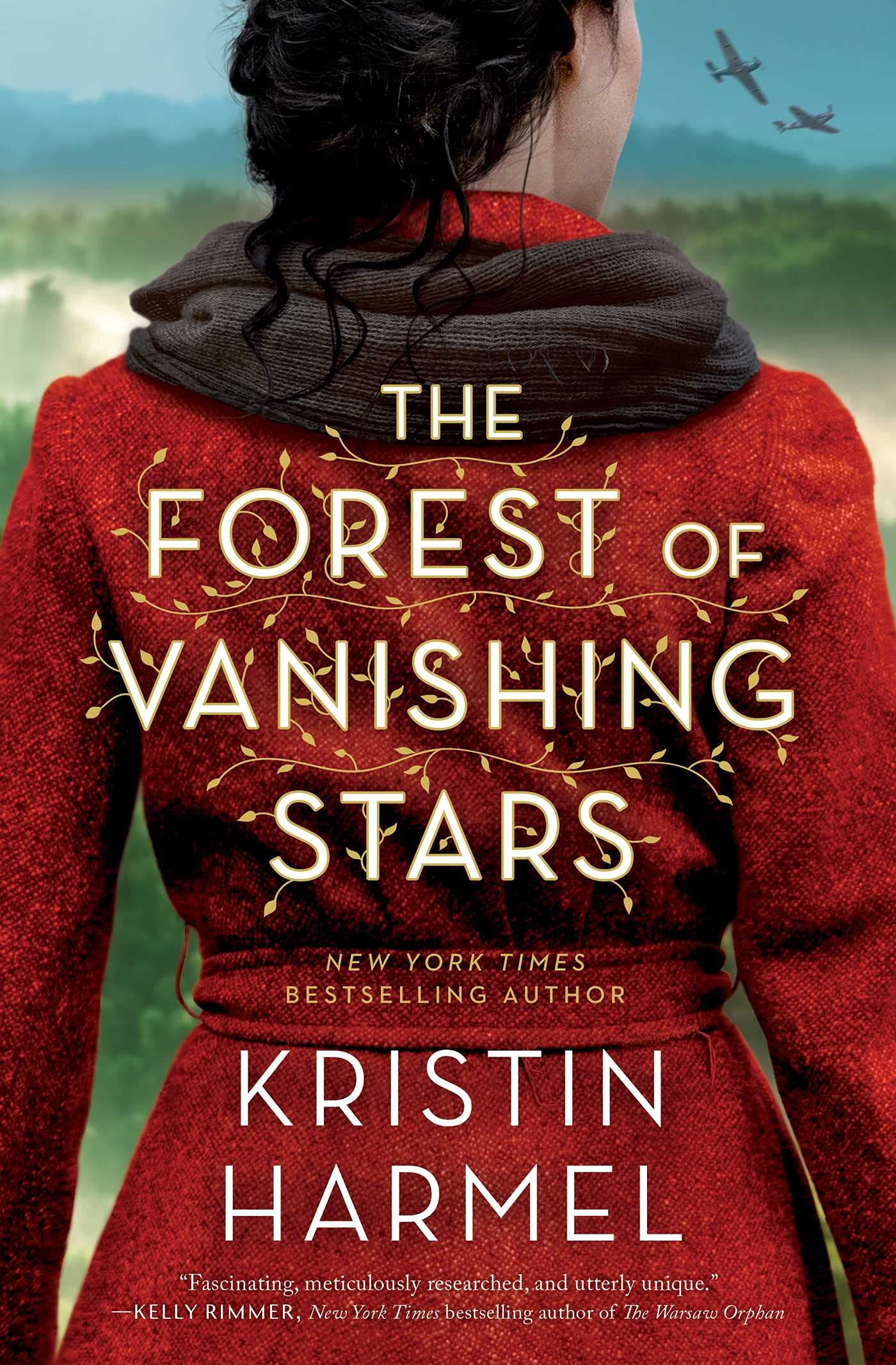 There isn’t a single, original WWII story left to tell.

That’s what some ill-informed people in the film/TV and publishing industries might have you believe. They’ll hit you with some comment about how the genre is oversaturated, and that production companies/studios/houses aren’t looking for that type of material anymore. Blah, blah, blah. And to those people? I triumphantly shove The Forest of Vanishing Stars by Kristin Harmel in their dumb-dumb faces.

That’s right. I said dumb-dumb faces. Because I’m an adult, damn it.

On a more serious note, I hold WWII stories, across all mediums, to an incredibly high standard. My mother (the New York Times best-selling author L.M. Elliott) wrote a novel (Under a War-Torn Sky) loosely based on my Air Force bomber pilot grandfather’s experiences in WWII after he was shot down behind enemy lines and safely returned home only by the courage of the French Resistance. I wear my grandfather’s dog-tags around my neck every day, and I’ve voraciously consumed every single film, TV series, and book based on that era that I can. I’ve even adapted Under a War-Torn Sky into a screenplay, which is currently in the hands of a high-profile director for his consideration. So, my love and appreciation for the WWII narrative genre is sky-high—to say the least. And when people do it badly? It makes my blood boil.

Thankfully, not only did Kristin exceed my expectations and more with this breathtaking novel, but I’m not afraid to admit that she made me weep several times over while reading.

Published by Gallery Books (Simon & Schuster) in July, Forest is a completely captivating, utterly immersive, and truly heart-breaking piece of historical fiction inspired by true stories. The novel follows Yona, a young woman raised in the wildernesses of Eastern Europe by an old Jewish woman, Jerusza, who kidnapped Yona from her German parents when she was a baby. After Jerusza’s passing, Yona is resigned to resume her totally isolated life in the woods more alone than she’s ever been before. That all changes, though, when she comes across a group of Jews on the run from Nazi persecution. After learning about the horrors happening outside the forest, Yona swears to do everything in her power to help this group survive, no matter the trouble it might dreg up from her mysterious origins.

While the overarching concept of Jews learning to survive in the forest during WWII is not 100% new—Defiance, both the nonfiction book and the 2008 film adaptation, starring Daniel Craig comes to mind, for example—it is the novel’s POV that makes Forest excitingly fresh. To my knowledge, no work of fiction has ever explored this subject matter from the perspective of a young woman so at crisis with the true nature of her own identity. While Yona was raised Jewish by Jerusza, she was not born Jewish—a fact that she grapples with over the course of the entire book. Add in the fact that she remembers next to nothing about her pre-forest life, and that (spoiler alert) her German father turns out to be a vicious Nazi commander, and it’s an absolutely fascinating coming-of-age internal conflict to watch unfold. By framing the story through this lens, it adds an extra layer of emotional complexity to an already highly resonant narrative, which makes for an extremely satisfying read.

Another facet of this novel that I supremely appreciated was the depth of the supporting characters. Sometimes in true story tales like this, the writer will be so focused on crafting a dynamic protagonist and a compelling plot that stays true to the historical facts, that they will forget to make the other characters in their work dimensional. I could name a number of movies and books (but I won’t) that fall into this trap—where the supporting cast are nothing more than cardboard cut-out clichés and/or plot devices, and it drags down the entire work as a result. With Forest, that is decidedly not the case. Every single secondary character, even if they only appear briefly, is brimming over with life and nuance. Even though I was riveted by Yona and the main storyline, I did find myself wondering what a full novel about Zus, Yona’s peer and eventual love interest, would look like, for example. That’s when you know an author has done their job well—when you are truly invested in the journey of every single person in the damn thing and want to imagine their lives outside the confines of the story you’re reading.

Furthermore, there are quite literally a million other stupendous aspects of Forest that I could talk about for pages and pages. But I’m not going to, for the sake of brevity and everyone’s sanity. So, do me a favor and please just take my word for it and pick up a copy today.

And if you encounter one of those aforementioned dumb-dumb faces? Tell them to shove it. And that Peter sent you.