By Peter Malone ElliottJuly 27, 2021No Comments 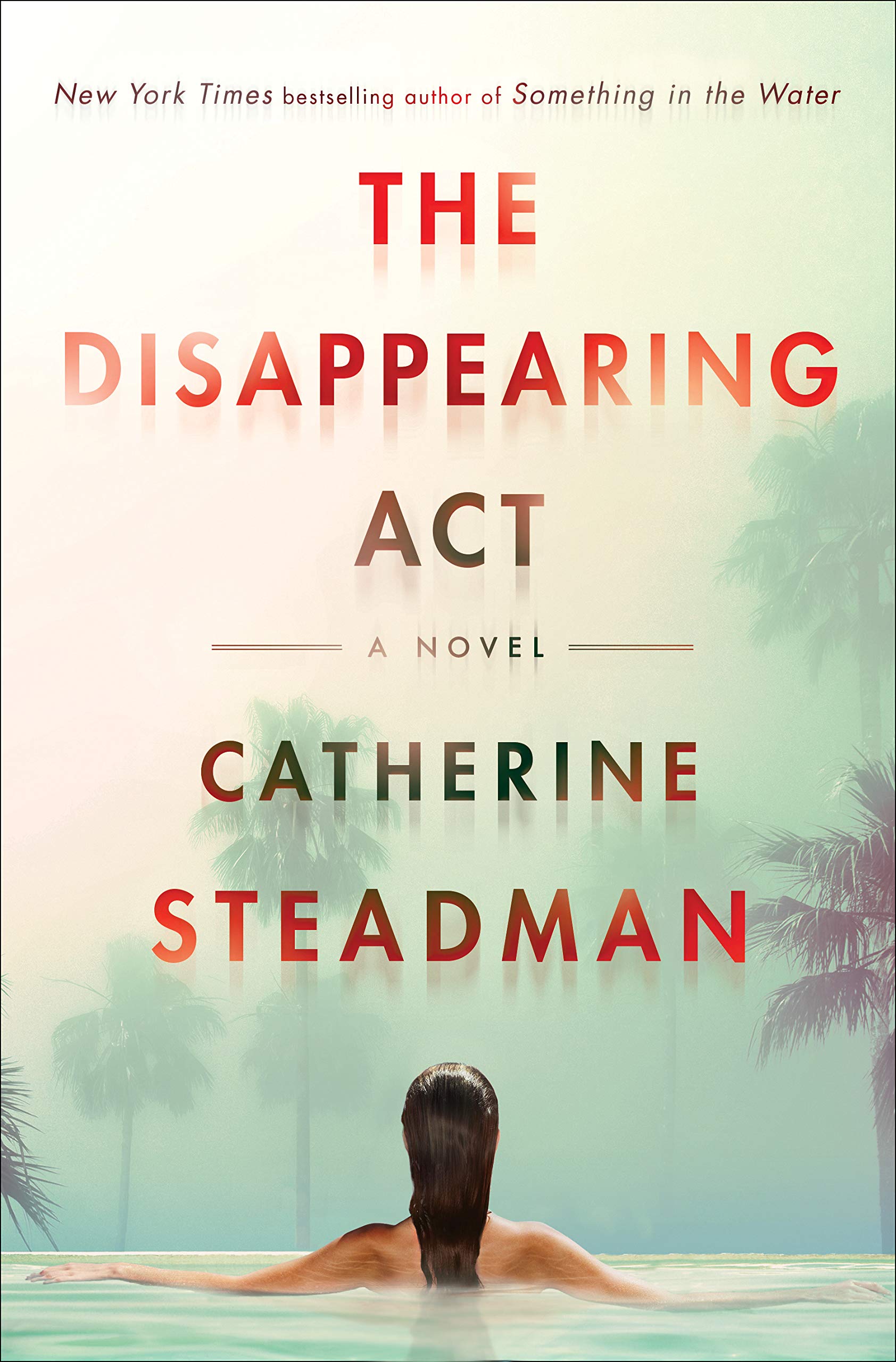 There. I said it.

I adore storytelling. Love the craft of screenwriting with all of my heart. I cherish all of the artists involved in the filmmaking process. But, as any creative who’s done anything in Hollywood can tell you, the business side of the industry is—to put it mildly—a soul-sucking, mangy hyena.

So, any piece of fiction in any medium that holds up a mirror to that vacuous carnivore and pokes a skewer at it, either satirically or seriously, immediately garners a tip-of-the-cap from me. That said, that goodwill only gets you so far—the work in question has to stand on its own two feet.

The Disappearing Act not only does that, but it made me disappear into its pages.

Chalk me up a good ol’ basket of dad-joke zinger points.

The Disappearing Act, a psychological thriller written by Catherine Steadman (Something in the Water, Mr. Nobody) is set during Hollywood’s arguably most brutal gauntlet for young actors and actresses—pilot season. The novel follows Mia Eliot, a British star recently shot out of the fame cannon for her starring role in a critically acclaimed BBC-style, period drama. To capitalize on her newfound notoriety, Mia flies across the pond to land a role in Hollywood—an endeavor that should catapult her career into the glitzy, unchartered waters that all performers dream of. Immediately, however, Mia realizes that the experience is not at all what she thought it would be—that the cutthroat nature of relentless auditioning and backchannel politicking is incredibly foreign and off-putting to her. Finally, at one of these auditions, Mia bonds with a fellow out-of-towner actress, Emily, who shares her reticence and disenchantment towards the machine of Hollywood.

After Mia fills up Emily’s parking meter as a favor before she steps into her audition, Emily vanishes without a trace. And Mia was the last person to see her. When Mia reports it to the LAPD, though, they don’t believe her. Someone has filled Emily’s shoes (literally) and is pretending to be her. Flawlessly. As Mia starts to investigate the disappearance of someone she only met one time—and slowly begins to doubt her own grip on reality—Mia must also compete for a part that would forever change her life: a starring role in an Oscar-bait feature film.

The Disappearing Act is an engrossing, Hitchcockian exercise in the suspense genre that is pretty much tailor made for film adaptation. Without giving away any spoilers, there’s one particular set piece in the book’s climax involving the Hollywood sign that will make directors drool at its cinematic potential. Speaking for myself, it harkens to Hitchcock’s iconic airplane scene in North by Northwest, in terms of its sheer visual spectacle. The prose is clipped and propulsive—always giving insight into Mia’s current psychological state while not sacrificing plot development. It is the prototype for how to craft a compelling “summer beach read” thriller. It reads incredibly fast, and expertly walks the tightrope of being “light and enjoyable” without being too light and enjoyable. It really is a clever strategy by the author. She wrapped a haunting and timely cautionary tale about the dark pitfalls of Hollywood in a delightfully tasty, “genre-y” outer shell—an approach that will no doubt broaden the audience of the piece.

Far and away, though, the highlight of the book is the unquestioned authenticity of its world-building. I’ve talked myriad times about the vitalness of world-building—particularly in TV and novels. In addition to being a celebrated author, Catherine is an acclaimed British actress herself. There are a number of parallels in Catherine’s life to Mia’s—right down to the fact that Catherine also starred in a beloved British drama, Downtown Abbey, as heiress Mabel Lane Fox. The intimate knowledge of the oft-times chilling and disturbing nature of the inner workings of Hollywood is immaculately punctuated on the page—undoubtedly Catherine had some similar experiences to Mia (although, hopefully not the criminal aspects!). While I’m a huge advocate of writers being able to authentically tell stories that they haven’t necessarily been through themselves (with the right amount of research, of course), this is one of the rare times that contradicts that belief. Simply put, Catherine’s obvious, first-hand knowledge is the x-factor here—the thing that, to use beloved Pipeline boss Matt Misetich’s favorite word, “elevates” the material to new heights.

Granted, the novel is not perfect. For example, there is one plot twist in particular that some persnickety reviewers might say is a touch trite or on the nose. Also, if we’re getting super picky—there are a lot of text message conversations written into the book. That in and of itself isn’t an issue, obviously—but the fact that even the American characters sign the end of their texts with “x” implying a friendly kiss—is only something that I’ve ever seen Brits and Europeans do.

Minor flaws aside, though, The Disappearing Act is a marvelously entertaining piece of fiction—a work that will make the time constraints of the day …disappear … while you read it.

I don’t care what anyone says—my brazenly bad dad jokes are here to stay.

Peter Malone Elliott is a produced screenwriter and playwright hailing from Virginia. After being selected as the winner of the 2018 Script Pipeline Screenwriting Competition, Peter joined the ranks of Pipeline Media Group one year later, where he currently serves as the Director of Operations of Book Pipeline. His first feature film credit as writer-producer is on the upcoming thriller/horror Wired Shut. Peter is currently working on his debut novel, a psychological suspense set in Virginia’s Blue Ridge Mountains.