By Peter Malone ElliottMarch 1, 2022No Comments 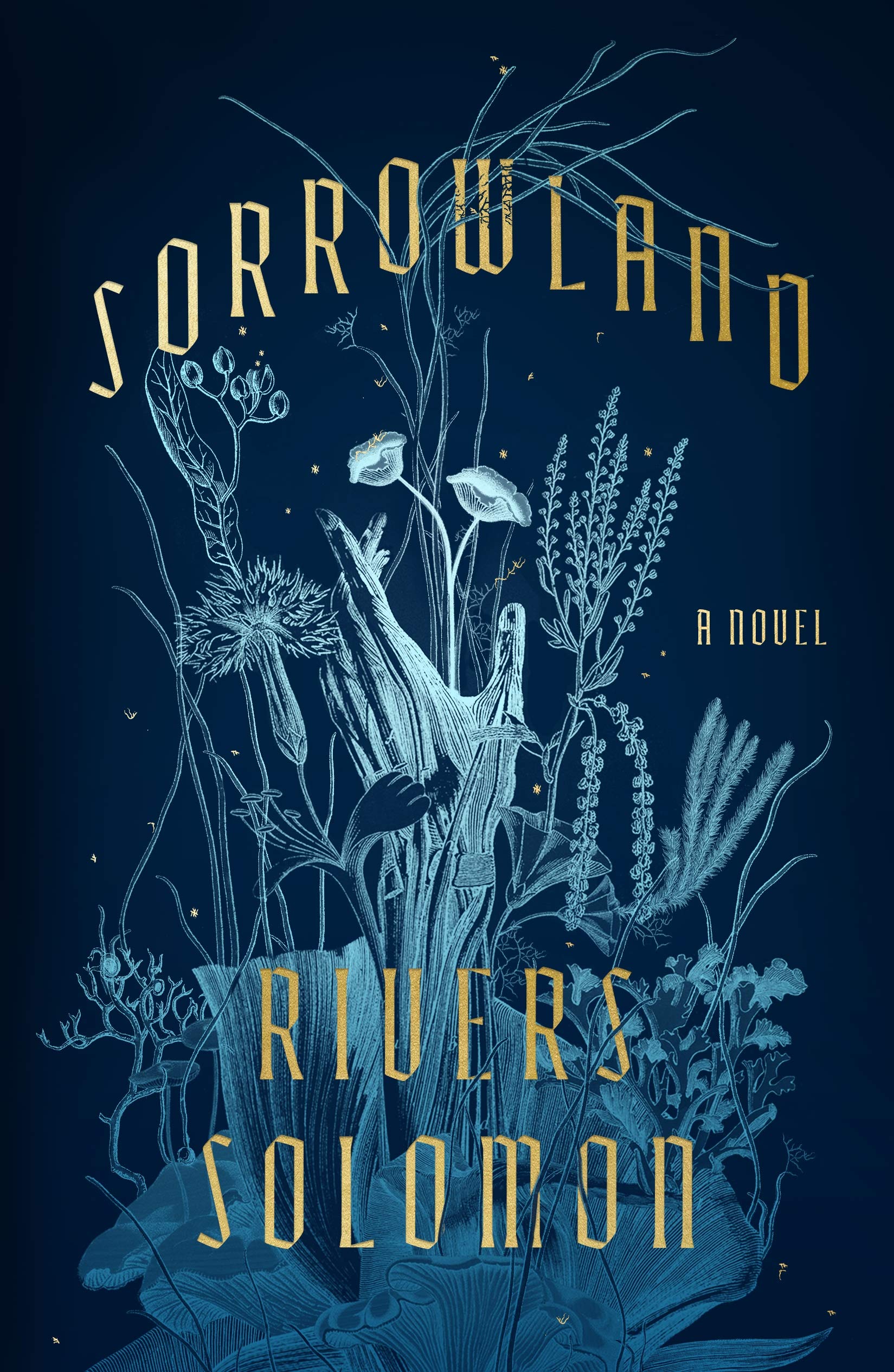 A befuddled writer walks into a Brooklyn watering hole and is asked to pitch the premise of Sorrowland in a succinct, logline-like manner.

Said writer slams down an overpriced beer and wordlessly walks out.

Because it just … can’t be done.

Did this happen to me? In reality? No. But in my head? Many times over. Because …

TIME IS A FLAT CIRCLE!

*Peter slaps himself across the face and reminds himself that he isn’t Rust Cohle.*

There are plenty of books, films, and TV series that try to be “genre-agnostic”—pieces of art that claim to exist simultaneously in several different genres. In reality (not the one where I’m in True Detective) very few of them truly accomplish the feat. But by my count? Sorrowland could be accurately placed in six: LGBTQ+ coming-of-age, survival thriller, supernatural horror, speculative fantasy, psychological literary fiction, and science-fiction.

Amazingly, Sorrowland not only successfully pulls off that balancing act, but excels at it.

Before I go further, though, I should probably clarify my opinion: I didn’t love Sorrowland. I think it’s too long by about 50-75 pages, the prose sometimes flirts with self-indulgence, and the middle section has a pacing problem.

But all that said? It is impossible to deny the crowning achievement that Sorrowland is—an ambitious tour-de-force that rockets the author, Rivers Solomon, into the upper echelons of the publishing industry.

Sorrowland follows Vern, a seven-month pregnant mother, as she narrowly escapes from her extremist religious compound, Cainland. After seeking refuge in the surrounding woods and giving birth to twins, Vern must grapple with the Cainites attempting to hunt her down—all the while raising her babes and learning to deal with the inexplicable, fantastical changes happening to her body. As her transformations grow increasingly baffling, powerful, and dangerous, Vern must take her children out of the sanctity of the woods to seek the truth about her mutations and reveal the sinister secret underbelly of Cainland—and the America that shaped it.

There are many, many stellar aspects of this novel that I could focus on in this review. The traits of the narrative that I think could be improved are far outweighed by its moments of brilliance. But I think probably the best one of these to hone in on, for our purposes, is something incredibly simple, yet something I preach, time and time again, to the Book Pipeline authors I work with: the vitalness of a gripping first chapter—and how the first sentences of your novel are the most important lines of your entire story.

Yes. You read that right.

“But Peter, you have to get a few chapters into my book before things pick up! That’s when things start to really click!”

And neither does anyone else.

Publishing industry folk are busier than they’ve ever been. Perpetually drowning in manuscripts, submissions, meetings, and phone calls—they don’t have time to wait for your story to get good. Hell, they barely have any time to take care of themselves. They are looking for reasons to pass on your work and get on to the next one. So, you can’t give them one right off the bat. It is your job as a writer to pick them up by the scruff of the neck with your words and ensure that they are compelled to keep turning the page.

And Sorrowland’s opening lines are an absolute seminar in how to do that:

The child gushed out from twixt Vern’s legs ragged and smelling of salt. Slight, he was, and feeble as a promise. He felt in her palms a great wilderness—such a tender thing as he could never be parsed fully by the likes of her.

Had she more strength, she’d have limped to the river and drownt him. It’d be a gentler end than the one the fiend had in mind.

I’ve read … an ungodly number of manuscripts at this point, and this is probably up there with one of the best openings I’ve ever had the pleasure of seeing. Not only does it do the novelist equivalent of dunking the reader’s face in a sink of ice-cold water, but it also immediately plunges the reader into the action of the story. We learn several things right off the bat—Vern is in the woods, the timing of her birth is unexpected, and given the implications of the last line? She is in fear for her life.

What person in their right mind wouldn’t want to keep reading this?

The rest of the chapter continues in kind, revealing intricate, insightful character details about Vern and razor-sharp plot developments—like the fact that she’s on the lam from a cult-like religious organization—at a breakneck speed that thoroughly whets our appetite for the thrilling literary feast that’s to come.

Follow Rivers’ lead. Make sure the opening of your novel is bulletproof.

And go read Sorrowland—no matter my qualms about certain facets, it is, undoubtedly, one of the most thought-provoking books of 2021.