Sinatra and Me: In the Wee Small Hours

By Peter Malone ElliottSeptember 17, 2021No Comments 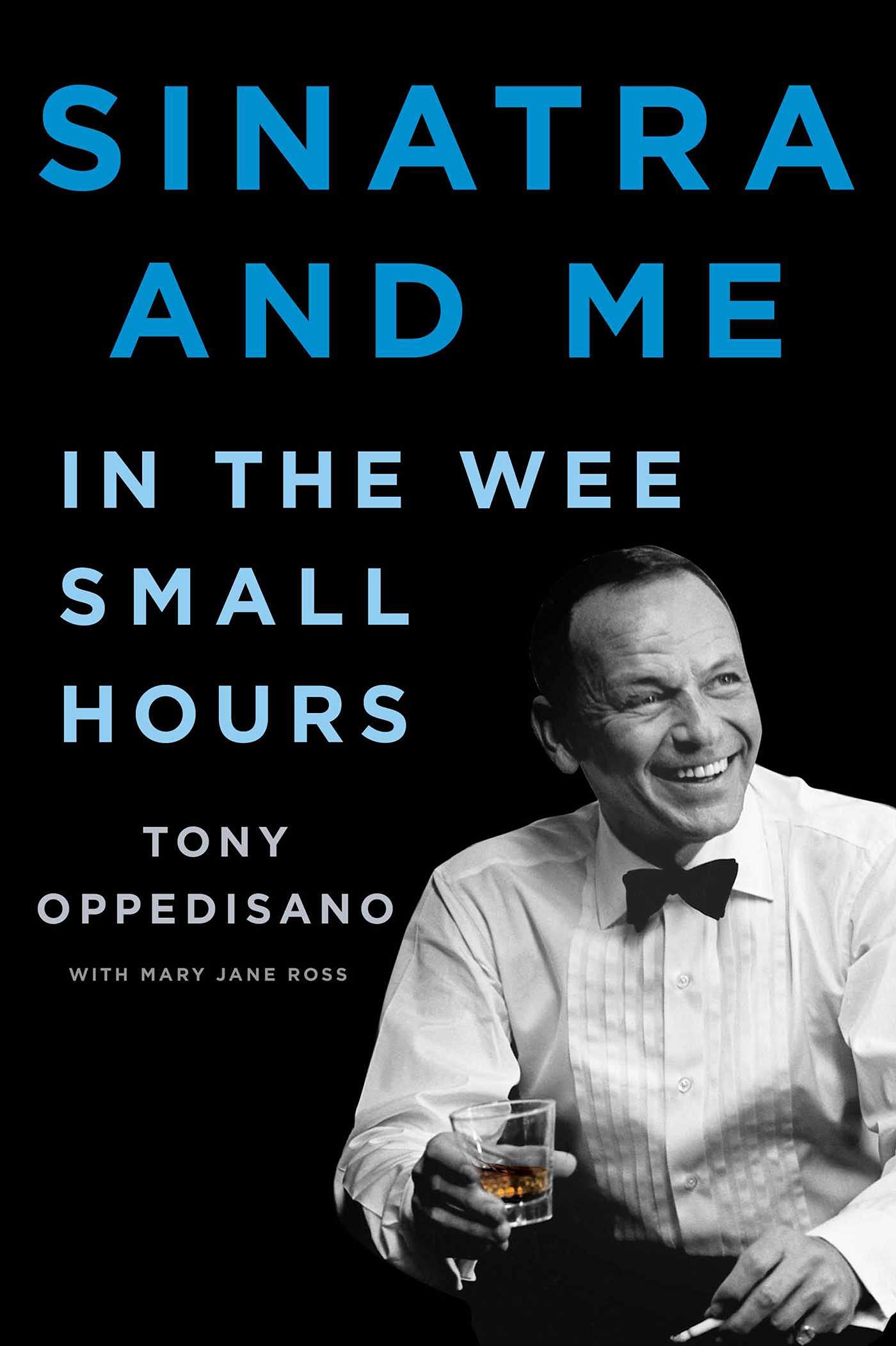 Sinatra and Me: In the Wee Small Hours
by Tony Oppedisano with Mary Jane Ross
memoir
Scribner – June 2021

The Chairman of the Board.

The Sultan of Swoon.

Saying I like Frank Sinatra is akin to saying that New Yorkers are just a little annoyed by slow walkers—the understatement of the millennium.

In my humble opinion, Sinatra is the personification of the fragility and false pretenses of the oft-discussed “American Dream.” He was a man who seemingly had achieved every single possible accolade someone in his profession could—the first true entertainment superstar the world had ever seen. And yet, he was a person at war with himself—someone brimming over with contradictions, self-loathing, and loneliness. To put it lightly, he is endlessly fascinating—an exemplification of the necessity of checking your expectations (and assumptions) of what defines happiness at the door.

I wear the label of “Sinatra Superfan” proudly, like one of his snappy, well-fitted fedoras. I’ve devoured every book about Frank I could get my hands on, listened to every second of his discography while forming a strong opinion about what was his best period (the correct answer is the Capitol Records years, in case you were wondering), and watched nearly all of his movies (even the not-so-great ones). In fact, Sinatra’s captivating life is what first introduced me to my lovely Pipeline colleagues. I was honored to win the 2018 Script Pipeline Competition with my screenplay of the true story of Frank Sinatra Jr.’s 1963 kidnapping, and how Sinatra worked hands-on with the FBI to ensure his only son’s safe return home.

Needless to say, when I came across Tony Oppedisano’s memoir, Sinatra and Me: In the Wee Small Hours—a work penned by one of Sinatra’s closest confidants in the last decades of his life—I was incredibly excited yet filled with trepidation. Was this going to be purely a vanity play—someone mooching off Sinatra’s name—or was it actually going to have something unique to say? So, as I placed one of The Voice’s vinyls on my record player, poured myself a drink, and cracked open my hardcover—no, I don’t read off Kindles, you goober—I was hoping against hope that this was going to be akin to the book’s namesake (In the Wee Small Hours, one of Sinatra’s best concept albums) and not a well-worn Greatest Hits retread.

Thankfully, what I got was even better than I could have possible imagined—a remarkably tender sketch of a man the public never took the time to fully understand.

A great many memoirs make the mistake of trying to jam an entire life’s story into 300 odd pages. This very rarely works and more often than not results in a meandering, disjointed affair that’s a slog to get through. The truly great memoirists—much like the writers and directors of the best “biopic” films—instead choose to examine one specific piece of their subject’s timeline and use that era as a microcosm for the struggles and hardships of an entire life’s journey. Tony O, as he was affectionally known, does exactly this. While he does touch briefly on his and Sinatra’s separate early years, most of the book is dedicated to when Tony first entered Sinatra’s life in 1972, all the way to when Ol’ Blue Eyes passed in 1998. By doing this, Tony provides a behind-the-curtain look at one of the most intriguing, paradigm-shifting periods of Sinatra’s life—a time where he was taking more time to reflect on both his deepest mistakes and biggest triumphs, all the while fighting to stay relevant in an ever-shifting cultural landscape.

The book is chock full of heartwarming, somber, and often sharply droll tales that allow the reader to witness and understand the full range of dichotomies that made Sinatra who he was. For instance, while there are plenty of tales detailing his well-documented, legendarily volcanic temper, there are also a multitude of stories about Sinatra’s more sensitive side—which are typically ignored by history. An example that immediately comes to mind is Tony describing how Sinatra would frequently hand him unmarked envelopes of cash, telling him to anonymously deliver them to strangers he’d heard through the grapevine had fallen on hard times.

However, Tony O’s deeply intimate writing, guided by the stewardship of collaborator Mary Jane Ross, never veers into a puff-piece portrayal—quite the feat for someone as close to Sinatra as he was. He lays bare plenty of honest anecdotes about the thornier parts of Sinatra’s later life—such as the prickly, incredibly strained relationship between Sinatra’s last wife, Barbara, and his children. While the POV is never in doubt—Tony O after all, was one of Sinatra’s best friends—he never treats his subject with kid gloves.

Granted, there are (literally) more than a hundred books existing in the ether about Sinatra. So, it’s impossible for me to say with absolute certainty how each and every one of them depicted the iconic crooner. But I’m willing to bet all of the money in my pockets that none of them go to the lengths that Sinatra and Me does to truly demystify the man through a wholly empathetic lens. Furthermore, this is one of the few pieces I’ve read that actually treats Sinatra as a human being, and not merely a famous historical artifact to dust off and dissect for the writer’s own professional purposes. Which was … incredibly refreshing, to say the least.

Admittedly, you will probably enjoy this book more if you are a Sinatra “stan,” as the kids say these days—but even if you’re a casual observer, there is much to admire and appreciate in this piece of nonfiction. No matter what you think of the man, his music, or his films—Sinatra is undeniably one of the most influential cultural figures of the past century, and this work deserves every single bit of the acclaim it’s getting.

After all, it’s Just One of Those Things.

And you thought I’d write this whole review without working in a Sinatra song title pun.