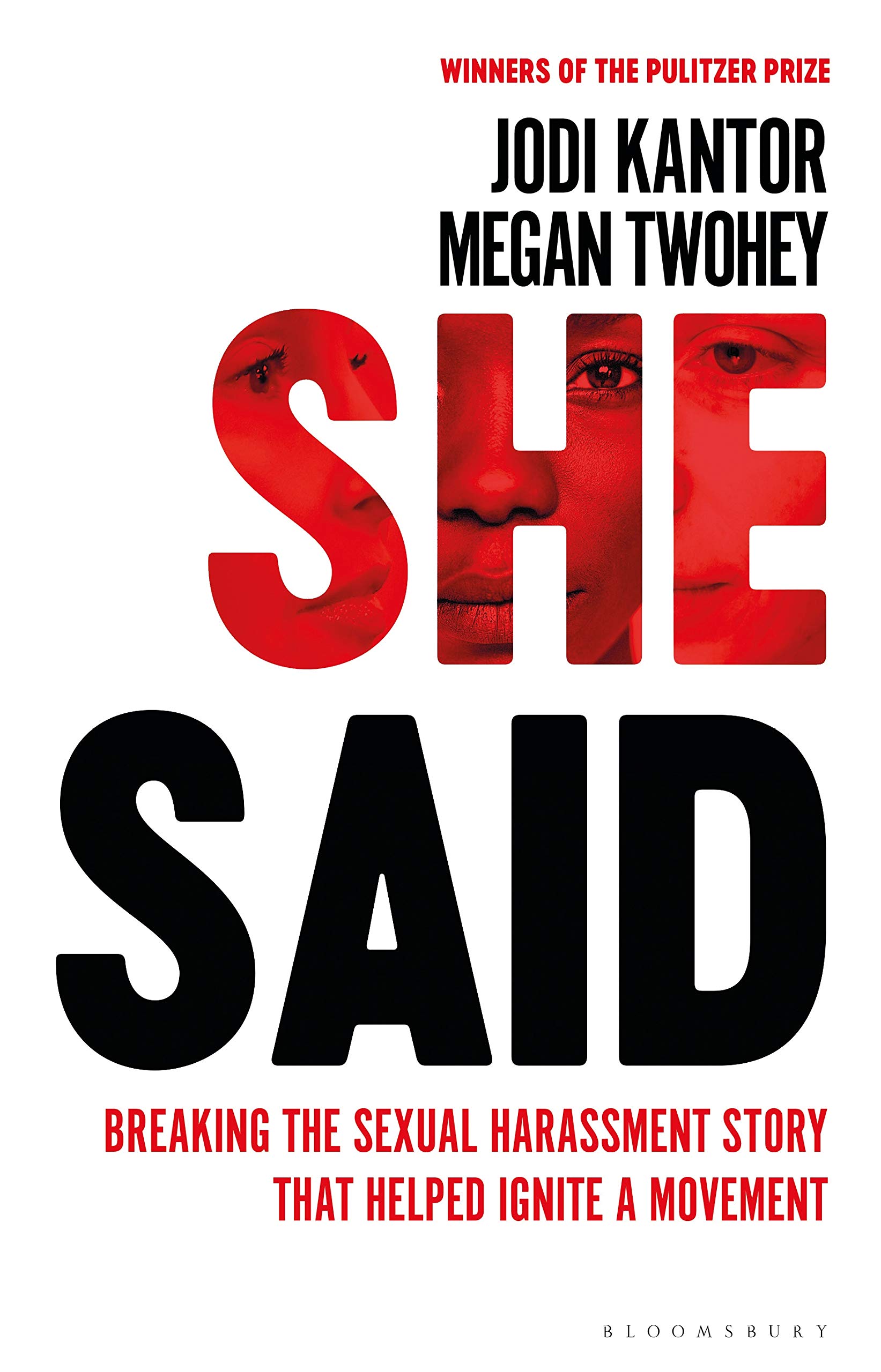 Investigative journalism. The backbone of free, democratic society. A powerful counterbalance that ensures all voices are heard and represented. It is a high-powered surgical instrument—a vital implement that lays bare the rampant corruption, pervasive wrongdoing, and criminal hierarchical structures that corrode the well-being of society.

When it comes to the Pulitzer Prize winning work of New York Times journalists Jodi Kantor and Megan Twohey? They are not just journalists. They are luminaries who uncovered the epidemic-like, decades-long sexual abuse perpetrated by Harvey Weinstein, and in doing so, spearheaded the culturally defining #MeToo movement. Their words had a seismic impact on the entire world, leading to a shift in global conversation surrounding sexual assault, gender inequality, and pervasive sexist practices.

In other words, Kantor and Twohey are modern-day superheroes.

In She Said, a work of nonfiction released in September 2019, Kantor and Twohey detail their investigation into Weinstein for the Times. It is a captivating, thoroughly thrilling, and oftentimes disturbing read, a harrowing expose of the enormous, sprawling scope of Weinstein’s actions, as well as the systematic support network he had in place to bury and conceal his misconduct. The book also touches on Kantor and Twohey’s coverage of the Brett Kavanaugh hearing, chronicling Christine Blasey Ford’s iconic testimony and sexual assault allegations of the eventual Supreme Court Justice.

Taking a step back and looking at She Said through the lens of writing the book, it serves as a momentous example for authors of all levels as how to create a hard-hitting, socially relevant piece of nonfiction that also is a page-turner. Moreover, She Said is a pitch perfect blend—it is chock full of the facts, testimonies, and interviews Kantor and Twohey compiled over the course of their investigation, but the narrative is presented in an engrossing literary voice that most novelists strive (and fail) to achieve over the course of their entire careers.

So, how did Kantor and Twohey do it? How did they manage to sculpt such a piece—a book that simultaneously manages to let the compelling true story at its center speak for itself, while also ensuring that the book couldn’t possibly be accused of being “dry?”

The answer? By making sure that the book wasn’t just a recounting of the facts outlined in their Times articles—that it also took a distinct, psychological point-of-view into the lives of each and every Weinstein victim and associate they interviewed.

Furthermore, Kantor and Twohey ensured that each figure portrayed in their work couldn’t just be seen as another name on a piece of paper by plunging the reader headfirst into their lives. By delving into the abject danger and fear that each accuser and colleague experienced on a daily basis as a result of participating in their investigation, Kantor and Twohey add a layer of humanity, intimacy, and depth to the book that could have been missed in less capable hands.

Yes, there are plenty of “juicy” interactions presented in the book—such as the journalists’ conversations with a belligerent Weinstein and his smarmy conglomerate of lawyers and fixers—but the real heart of She Said is its emotional resonance. There were numerous times throughout my read of this book where my eyes welled up with tears and my hands shook—a visceral reaction to the horrific modes of abuse that these women experienced at the hands of Weinstein, and a resolve to ensure that this kind of behavior is never allowed to happen ever again. But therein lies the point and proof of the power of She Said as a whole. Kantor and Twohey have created not just a masterfully done book, but an immeasurably potent agent of change, a testament to the strength of the human spirit and destiny of justice.

To Ms. Kantor and Twohey: thank you for your work. You have done this country, and the world at large, an incredible service—something that has forever changed our society for the better. I know you two will continue to be a light of inspiration through your pens, and I hope you feel truly appreciated for the magnitude of your actions.

Readers: pick up a copy. You won’t regret it.