By Peter Malone ElliottFebruary 14, 2022No Comments 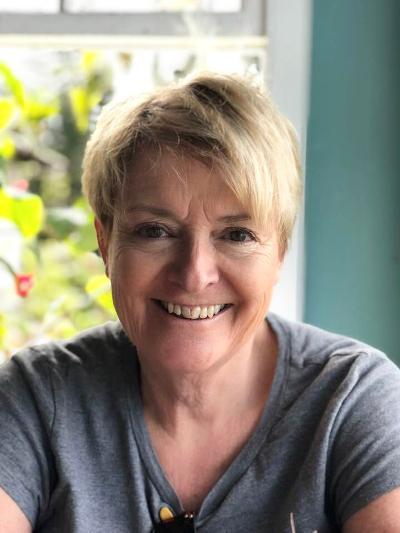 Penny Berman was the Grand Prize Winner of the Middle Grade category in the 2021 Book Pipeline Unpublished season with her novel, The Odiferous Destiny of Alexander Sparks.

In my opinion, probably the most important trait for a brand-new author/novel to possess is an undeniably compelling voice—ESPECIALLY if you’re writing for younger audiences. Other things, like structure, can be taught/fixed. But a commanding voice? You either have it or you don’t. And by goodness gracious, do you have it, Penny. A thousand fold. And in your debut novel, no less!

How did you go about developing the one-of-a-kind voice that is shot through the entirety of The Odiferous Destiny of Alexander Sparks? Specifically, what were some of your character points-of-inspiration for Alexander?

Thank you for those kind words! Alexander’s voice was inspired by my father who’d managed to survive The Great Depression, WWII, and having two teenagers in the 70’s with his sense of humor fully intact. I absolutely loved his witty views on life and death, which it turns out is also essential for a kid to have when facing down the Grim Reaper. I stole Alexander’s relationship with his little sister directly from my own kids—adversaries until you crossed one of them. Then they’d defend each other until the end. Ultimately, I wanted Alexander to really grapple with his fears and notions of death, but in a way that made it easy and sometimes funny for the reader to be with. And I just love a kid who must round up a posse and overcome insurmountable odds with no help from the adults. Children don’t have a lot of agency just by the nature of being children. Alexander had to have this sort of gumption that gave him the agency to take on a life-threatening challenge by himself in the beginning. And then later finding his “gang” to help. Finding your gang is big for kids.

By nature of the underlying premise (an adolescent who can smell Death, aka the “Dreadlies,” coming), I think it’s fair to say that Sparks leans full tilt into being a “quirky” book—in the best way possible, obviously. It seems like, more than any other age category, the Middle Grade marketplace wholeheartedly embraces more offbeat storytelling. As a writer who primarily pens Middle Grade fiction, why do you think that trend has become more pronounced in recent years?

I think the collective stress during the past few years has contributed to that. Kids are very aware of what’s going on around them. And I think they want to escape into worlds that ultimately make sense, regardless of the offbeat concepts or quirks that define those worlds. A good story is a haven where it’s safe to take on the feelings, fears, and hopes of the main characters. Scary circumstances, success, and failure are totally doable in that context. Reading really is an exploration, and kids are voracious adventurers and dreamers.

Looking at your bio, I see that you’ ve produced a few low-budget horror films. As someone who has just recently done that myself, I can attest to how difficult/all consuming it is! What lessons (if any) were you able to glean from that sphere of filmmaking, and how did they influence your crafting of Sparks?

Those experiences really helped me develop an economy of words and actions in my fiction writing. You don’t need an army of descriptions or dialogue to get your point across. But quite possibly the biggest take away was seeing how creating something, whether a film or a book, is not a solitary endeavor. It really does take a group of like-minded creators to bring a project to life. I’ve seen that collaborative participation create miracles! The suggestion that Alexander actually smell death coming was a suggestion from a writing group. In the beginning he simply had premonitions of death. In a writer’s meeting I’d used the phrase—Alexander Sparks could smell death coming. By the end of the meeting, I had a main character who actually did smell death coming. And I owe that all to that group of writers. I have three incredible writing groups and other critiquing partners. And I value everything they say, whether I agree with it or not.

What is the best advice you’ve ever gotten when it comes to writing fiction? The worst?

The best advice—don’t edit yourself while you’re writing. I have a name for the voice in my head that tries to do that. Voldemorticia. She can be vicious. I have a note on my wall reminding me to tune her out. Edit yourself later. Don’t stifle the creator. Also, READ! You learn so much from reading stories—good ones, bad ones, all of them! I’m constantly listening to books when I can’t have a book in my hand. Those two little nuggets of advice have made all the difference. I really think the worst advice has been to write to market trends. Or to avoid what’s not selling. In my case, I really must write the story that won’t leave me alone. If it jives with the market, all the better.

Finally, what are you currently working on? I cannot WAIT for the next Penny Berman joint!

I’m working on a Middle Grade project with the premise that the stories we tell ourselves create our world. It combines witchcraft and quantum physics, and it brings together kids from different historical times. Bradee, a contemporary 11-year-old girl, must unravel a centuries old witchcraft legend to save her father who is trapped in an alternate reality. But first, she must navigate that alternate reality and convince a boy who escaped slavery to fight in the Civil War, a girl hiding from a secret 1950’s government project, and a witch-hunting Puritan boy, that life is not what it seems.

The Odiferous Destiny of Alexander Sparks follows thirteen-year-old Alexander who has an eerie ability: he smells death coming. After his dad dies and his family is forced to move, he must navigate the horror of a new school in a creepy town where his mom has taken a job in a coffin factory. His sniffer lets him know that the Grim Reaper is hunting his family once again. And this time, he vows to stop Death at any cost.

Penny Berman has always been fascinated by ghosts, the afterlife, and those big questions: Why am I here? Where do I end up? An avid reader of anything that pushes the boundaries of conventional thinking and reality, and a huge fan of stories well told, she naturally gravitated toward screenwriting. She studied through the UCLA Extension program as well as with private teachers, co-producing a few low budget horror films. After a move to Colorado, with the added benefit of having young readers at home, she found herself enamored with children’s fiction, where her heart has been firmly lodged ever since.

This is Penny’s debut novel although she has a closeted graveyard of screenplays and a few unpublished picture books to her credit. She is a longstanding member of the Society of Children’s Book Writers and Illustrators, a graduate of the Institute of Children’s Literature, and participates in three writing groups and attends as many writing conferences as she can.

Penny lives near Boulder, Colorado with her husband, two ragdoll cats, and her adored Papillion, Gizmo.