By Peter Malone ElliottApril 5, 2021No Comments 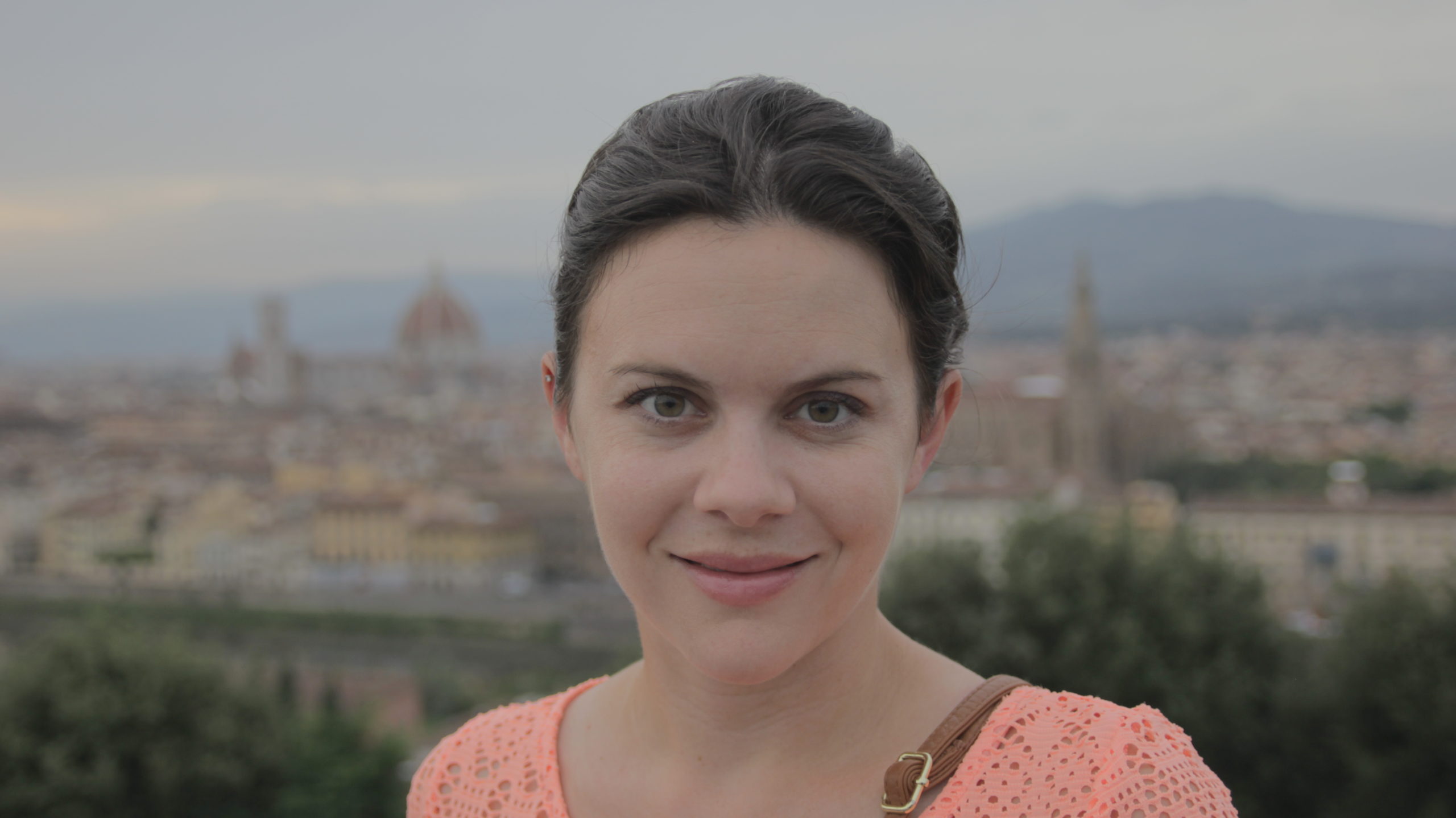 Laura Picklesimer was the Grand Prize Winner of the Mystery/Thriller category in the 2020 Book Pipeline Unpublished season with her novel, Kill for Love.

Kill for Love is a phenomenally executed high-wire act with regards to tone and voice. As a blend of pulpy, Tarantino-esque violence and biting, darkly-comedic social satire, it’s one of those pieces that feels like it could just fall apart at the seams at any moment. But you thread that needle with such precision. What were your biggest inspirational touchstones when creating Kill for Love, and how do you think you avoided the pitfalls most writers encounter when trying to craft such a tricky-to-achieve tone?

Kill for Love began as a brief exercise in a writing workshop. We were asked to try on a particular voice from a well-known book. I chose Patrick Bateman in American Psycho, but I thought it would be fun to subvert the gender dynamics and write from a younger, female perspective. A one-page character sketch grew into a short story, which eventually turned into the novel.

Besides that initial influence, I drew inspiration from Dorothy B. Hughes’s In a Lonely Place (a book that is quite different than its film adaptation). The story also features a murderous protagonist prowling West Los Angeles. The book blends pulpy thriller with astute commentary on gender and power. The biting first-person voice of Amy Dunne in Gone Girl was a more recent influence and convinced me that readers would be willing to take a ride with such a dark female protagonist. Finally, I’ve always been in awe of Joan Didion’s use of perspective and her depictions of L.A. malaise punctuated with sudden streaks of violence.

As far as crafting the tone of my novel, it’s all rooted in my protagonist Tiffany and her first-person voice since that sparked the whole story. Understanding her character was the most important part of developing the tone of the book. I drafted pages of backstory for her, some of which eventually found itself into the novel. I love stories that can pivot quickly from humorous to heavy. I find there’s a lot of room for that balance in thrillers, Parasite being a wonderful example. I wrote much of Kill for Love during my MFA program, where I worked to layer more thematic richness into the initial early drafts. The basic plot points of the book never changed from its inception, but I revised constantly on a sentence level based on feedback from colleagues and trusted readers.

Through your protagonist, Tiffany, Kill for Love absolutely skewers Los Angeles and the toxic plasticity of its self-feeding culture of excess and privilege. Having lived in the Los Angeles area for a while now, were there experiences from your own life that made you want to take on that vantage point? Or was it strictly done from a “character-first” perspective—trying to authentically capture the day-to-day realities of a privileged Los Angeles sorority sister?

I always approached the book from a character-first angle since Tiffany’s experiences and perspective are so far apart from mine. However, I definitely borrowed from the geography and culture of places in L.A. that I have come to know well. I’ve lived in six different neighborhoods across West, Central and East L.A., and I grew up in Orange County (where Tiffany is originally from). I definitely sought to comment on the more toxic elements of the culture, which are tied to impossible standards of beauty and constant consumerism. I was in high school when reality TV crews began scouting for Laguna Beach and Real Housewives of Orange County. The sudden fascination with that certain West Coast celebrity has only intensified. I also wanted to comment on the sense of isolation and lack of awareness that sometimes come from L.A. being so spread out into these insular neighborhoods. At the same time, there are truly wonderful pockets of L.A. that can exist mere blocks from other areas and comprise their own unique universe. However, a person like Tiffany wouldn’t bother to appreciate or truly see spaces outside of the privileged ones she’s encased herself in. As she starts killing and must transition away from her reliance on cell phones, social media and credit cards, it was fun to also widen her geographic boundaries a bit.

We think that one of the worst notes someone can give (or receive, for that matter) is that their main character is “unlikable.” Did you get that critique a lot from peers/colleagues when drafting Kill for Love? In what ways do you think Tiffany is a deconstruction of that oft-cited writing axiom, and to that end, what was your favorite part about creating such a layered antihero?

Yeah, I hate that word “unlikeable.” That, and the note, “I wouldn’t want to be friends with your protagonist.” I certainly hope readers wouldn’t want to be besties with Tiffany! I understand that unlikeable protagonists are not for everyone. However, I do think some of the pushback relates to gender. There’s a limit to how ugly and unlikeable a female protagonist can get. There’s also sometimes the need to overly explain and excuse darker behaviors from women. I don’t think it’s a coincidence that most of the famous antiheroes of literature and film have been white men. I think this is starting to change a bit more. The success of recent projects like Promising Young Woman confirms that there’s definitely an appetite for more flawed, destructive women.

One thing that always compelled my writing is Tiffany’s existence as both prey and predator. As a young college student, Tiffany is a vulnerable figure, objectified and underestimated by those around her, but as a wealthy white individual, she’s also incredibly privileged and shamelessly exploits this to her advantage. This duality was very interesting to me. I wanted to challenge readers to feel conflicted about rooting for her while still feeling unexpected sympathy and wanting to see what craziness she’d be up to next.

As is the case with most authors, you balance your writing career with a day job—in addition to being an incredibly talented scribe, you are an English professor at Chaffey College. How has that aspect of your life made you a better creator? What is the biggest misconception that your students have about the publishing industry?

As a writing instructor, I spend hours each week reading and providing notes and feedback. It definitely helps hone my self-editing skills and enables me to think expansively about writing, whether it’s clarity, argumentation or craft choices. The impact that constantly reading other works has on one’s writing is often undervalued, and it helps that this is a huge component of my job. It also is nice to be around others who are excited about storytelling since writing can be an individual, oftentimes lonely task.

In my opinion, the biggest misconception related to writing is that you either have “it” or you don’t. Everyone can develop their writing skills, and where you’re at now versus ten years later should look very different if you put in the time. As for publishing misconceptions, it’s probably the fact that writers often don’t get paid for their work in the beginning, especially if they are writing short fiction. Even unpaid journals are very competitive in their acceptances. The publishing and business side of writing is a marathon, long and not always fair. I recommend finding other writers who can share in this turmoil and remind you why you started in the first place.

Finally, what’s next for you? What are you currently working on, and what themes/topics do they explore? We’re chomping at the bit for the next entry in the Laura Picklesimer catalogue.

I recently finished a screenplay adaptation of Kill for Love. The current short stories I’ve been working on are all part of a speculative fiction series set in a not-too-distant L.A. landscape increasingly altered by climate change and populated by a working underclass of AI. I’d love to continue exploring the world, potentially as a limited anthology series. And I just started on a horror screenplay about married writers who travel to an isolated Irish property and test the boundaries they’d be willing to cross for artistic success.

I’d also be interested in continuing Tiffany’s story and bringing a serial killer into her 30s to see how she would balance pregnancy, wrinkles and marriage with cold-blooded murder.

Kill for Love is a satirical thriller that follows a wealthy sorority member’s killing spree through the upscale streets of West L.A. The novel subverts the traditional serial killer narrative, featuring a female antihero who preys upon young, attractive men. The book weaves a darkly humorous tale of privilege and power set against the dangers Los Angeles increasingly faces: Santa Anas, fire, earthquakes and widening income inequality. Kill for Love recently won Book Pipeline’s Unpublished Contest for Best Thriller/Mystery and is a finalist in the Launch Pad Prose Competition.