By Matt Joseph MisetichJuly 15, 2020No Comments 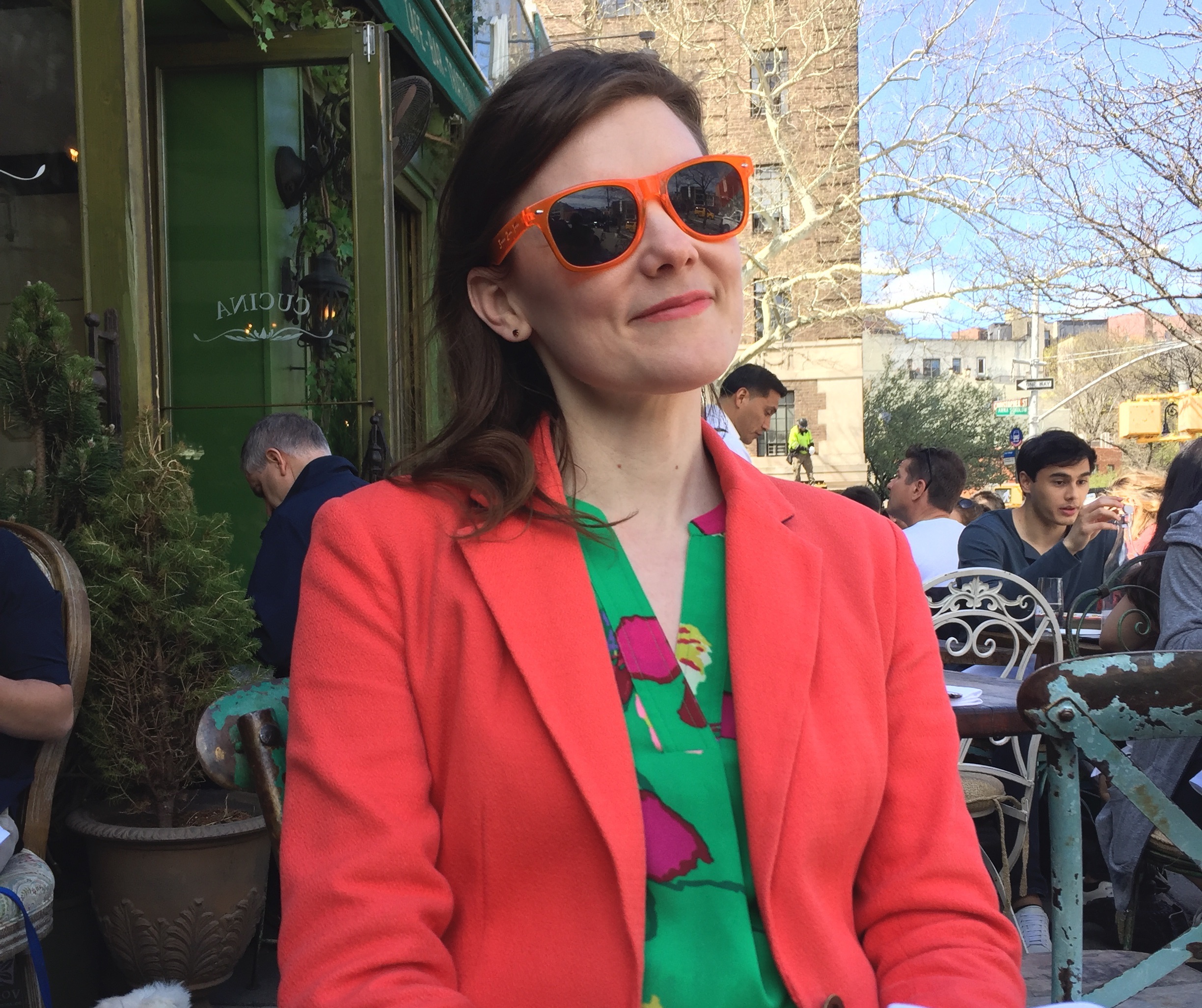 A finalist in the Book Pipeline Fiction competition with her short story Cuddlebug, Jenna-Marie Warnecke is a fiction and (as of 2020) TV writer. Her work has been published in journals and magazines nationwide.

The underlying premise of Cuddlebug is so raw with so much universal heart. Where did the idea come from? What was alluring about the world of “professional cuddlers?”

A friend of mine referred to my partner at the time as “Cuddlebug,” and I imagined a company of professional cuddlers, going around town comforting people in a physical but nonsexual way. By the time I got the story published, that service existed! I suppose I was prescient enough to foresee this type of gig work, but couldn’t get it out into the world fast enough for everyone else to think I was ahead of my time.

My whole process of writing the story was just imagining, what kind of person would actually do this? And what kind of person would pay for this? The more I imagined it, the more evident it became to me that, especially in a city like New York that can feel so lonely, yet so crowded, there are almost limitless avenues to explore both Cuddlebugs and their clients. Which, I think, why it would also make a great TV series.

When I originally started writing the story, I had imagined Michael as a cynical, typical New Yorker, manipulating his clients and their vulnerability for maximum tips. That was believable to me, but it just wasn’t any fun to write. (Perhaps I, myself, have too hardened an exterior to make it work.) I played around a lot with the voice until it struck me: well, what if I just make him the opposite of that? What if Michael is deeply, almost overly sincere? What if he is extremely vulnerable? How would that complicate his interactions with clients? Just writing one sentence in that mindset gave me that magical writing feeling we’re all looking for—the zing! When it just writes itself, when you can’t wait to come back to it every day and explore more. That’s how you know you’re on the right track. As with most of my projects, once I had a strong narrative voice in place, it flowed pretty easily from there.

After placing as a finalist in Book Pipeline, you wanted to take a stab at writing the TV pilot version of Cuddlebug. We were all for that and offered to help develop, but to be honest: someone writing their very first TV pilot? Their first script of any kind? Naturally, we figured it was going to take a moment for you to get the fundamentals in place.

We. . . were 100% wrong. You wrote, not only a respectable draft, but one that’s a notch better than many pilots we read by those with way more experience. Quick learner? Secret studying we weren’t privy to? How in the world did you make that transition so easily?

Thank you. I’m sincerely blushing. To tell the truth, it was really hard! I thought it would be a good transition or way to practice screenwriting since I’d already done the internal work of getting to know my character and his world, but boy, was I wrong. I was also working on a first draft of a novel at the same time, and to be honest, sometimes it was easier for me to spend a few hours working on that every day than Cuddlebug: The Pilot.

I think one thing that really helped was my years of experience as a video editor. I’ve been trained to organize and execute a story visually, even if it’s only 15 seconds long. To understand visual rhythms and pacing, and how that’s different from rhythms and pacing in prose. In fact, most of my prose writing is heavily influenced by my video editing background, as well as a few random years I spent directing live television shows and theater productions, rather than the other way around. While writing, I envision the way I’d tell the story cinematically: what are the moments we’re close-up? Where would a wide shot work? I “cast” my novels before I start writing them. What are the colors, the music; what is the visual language I’d use to tell the story and bring the audience into this experience? And then I translate all of that into the language of prose. So I think coming to the project with a naturally visual storytelling approach got me halfway there before I began.

Also, it must be acknowledged that I watch an enormous amount of scripted television—I really enjoy shows that challenge the traditional comedy form, like Ramy, Fleabag, and High Maintenance—and so I’m sure I have absorbed an instinct for pacing and storytelling tips. Now I can say all that time I spent watching TV was just research!

How much do you credit those several years of working as an editor and director in refining your sense of plot structure? Or storytelling in general?

Having done video editing absolutely helps my writing, in more than just structure—it’s also tone, pacing, flair, character building. One of the first projects I worked on as a video editor was a patient profile to be screened at an ALS fundraiser. Putting it together taught me a lot about the importance of all the above-listed aspects of storytelling. All of those go into quickly getting the audience to connect with the subject; laying down each step to get them emotionally invested in the subject’s personal story (how to make the specific resonate universally), and, finally, how to end on a note so powerful that the story will stick with them long after the piece is over (and dessert’s being served).

I’ve dabbled in a lot of different creative media, from directing theater and television to photography, painting, and collage to video editing to writing fiction, nonfiction, and poetry. I think every kind of creative expression fuels the others, because each experience informs your perspective before you begin. You build your arsenal. It’s all storytelling, and the more ways you play with how to tell a story, the better and richer your instinct will be for every other medium.

The novel you wrote when you were 14. Feel free to pitch it here. . . . Do you remember what you took away from that experience? How it laid the groundwork for where you’re at now?

Oh my goodness. Well, it was a story about a teenage girl who witnesses a murder. . . but the narration took place inside the “hub” or command center of her brain, with a main character sort of helming all of the girl’s actions, receiving updates from other characters (neurons) racing in and out of the room, and sending instructions to her other body parts: telling the legs to run, the heart to beat faster, etc. Not unlike Inside Out, actually, but way darker! I see now that, even then, I had a penchant for surreality or odd angles of looking at things, which has continued throughout my fiction career.

The most lasting effect from that experience, though, was the work ethic I created for myself, a diligence that continues to this day. Each afternoon, I’d come home from school (I wasn’t very popular), make a bowl of popcorn, grab a soda, turn on some music, and just work on it for a couple of hours. Every single day, until something distracted me and I gave up on the project. But I loved it, it made me feel so grown-up to have something substantial and creative to work on all the time. I guess my constitution lends itself well to writing: I like to have goals, but I don’t like to be told what to do, so writing is a great way to satisfy both of those conflicting aspects of myself.

The experience also proved to me, even then, that if you want to make something long-form like that, you have to not just devote time to it, you have to carve out a space in every single day for it, create a place inside your routine where that is your only focus. That’s still the only way I get a project done. Sometimes I do a few months of waking up two or three hours earlier than I’d rather; sometimes I’ve only been able to use a part of my lunch hour each day. But it’s up to you to make the time. And you have to stick to it—after all, that first novel was never finished.

If a newer author is looking to get short stories published, what advice can you impart? Does concept matter? Is it more about style than originality? Or does it really depend on the publication, as they can be so varied?

Absolutely make sure that what you’re submitting would fit with the publication. “Cuddlebug” was rejected by 33 literary magazines, and they were ones I thought would like it—so save yourself, and everyone else, some time and submit with intention. I find theme issues are a great avenue for getting yourself into the narrow space of acceptance.

Beyond that, just write what you want. What you like to read. I personally don’t love super-literary, stuffy stories, so I don’t write those. When I’m writing something and I feel mischievous, like, “Oh dear. . . what are you up to this time??”, that is the most fun I can have and yields the work I am most fond of and will fight for the hardest. You are going to get rejected, a lot—there’s just no way around it—so you have to really believe in and love your work in order to withstand that. Ask people whose taste you trust to read your work and to be honest, and revise accordingly, so that you can be confident what you’re sending out is the best you could do.

See the note above about diligence—bring that same diligence for getting the work done to your submissions process. That’s the business side of writing. Detach your emotions and just do it. And, more than anything, build yourself a thick, thick skin. Force yourself to get comfortable with rejection, otherwise you will be too fearful to send anything out, and that’s a great way to never get published. I like to have several submissions out at a time, so that every time I get rejected, I know I have other possibilities out there.

A fellow writer once told me about a friend of his who was complaining that she’d submitted something and it kept getting rejected; she was afraid it would never be published. I asked how many rejections she’d gotten. “Three,” he said. I laughed and laughed and laughed. And then I laughed some more! Last year, I published a story that was rejected 99 times over the course of four years.

Favorite, most memorable line from a book you’ve read. No thinking. First one. Go.

Love in the Time of Cholera: 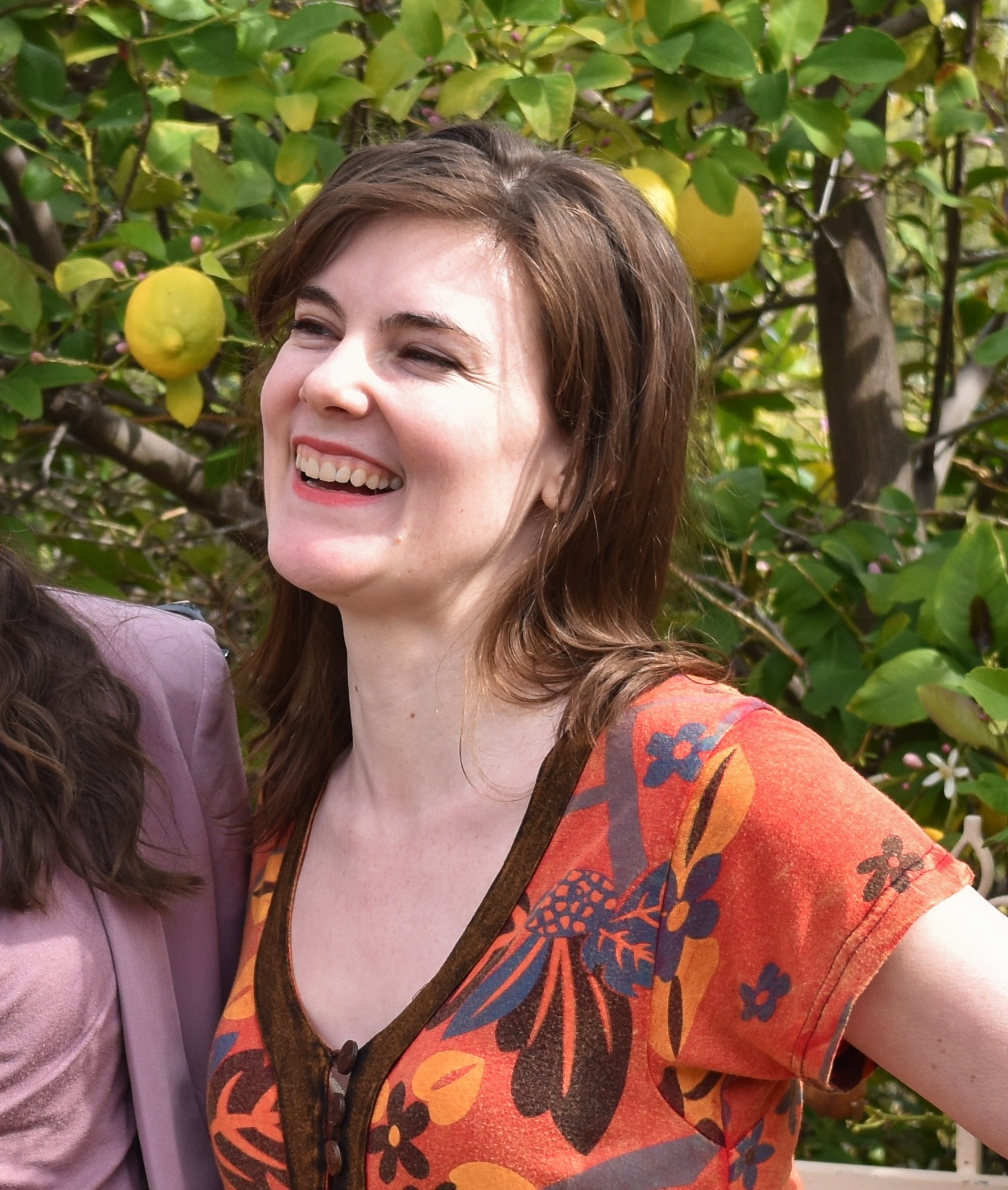 Jenna-Marie Warnecke worked in live television production and video editing for commercials, music videos, and documentary formats for several years before devoting her full creative focus to writing. Since then, her fiction and poetry have been featured in publications including Tahoma Literary Review, F(r)iction, the Washington Square Review, Sheepshead Review, and The Bohemyth.

In addition to being a finalist for the 2019 Book Pipeline competition, she was also a nominee for the 2017 Best New Poets anthology. Jenna-Marie lives in New York City.