By Matt Joseph MisetichApril 20, 2020No Comments 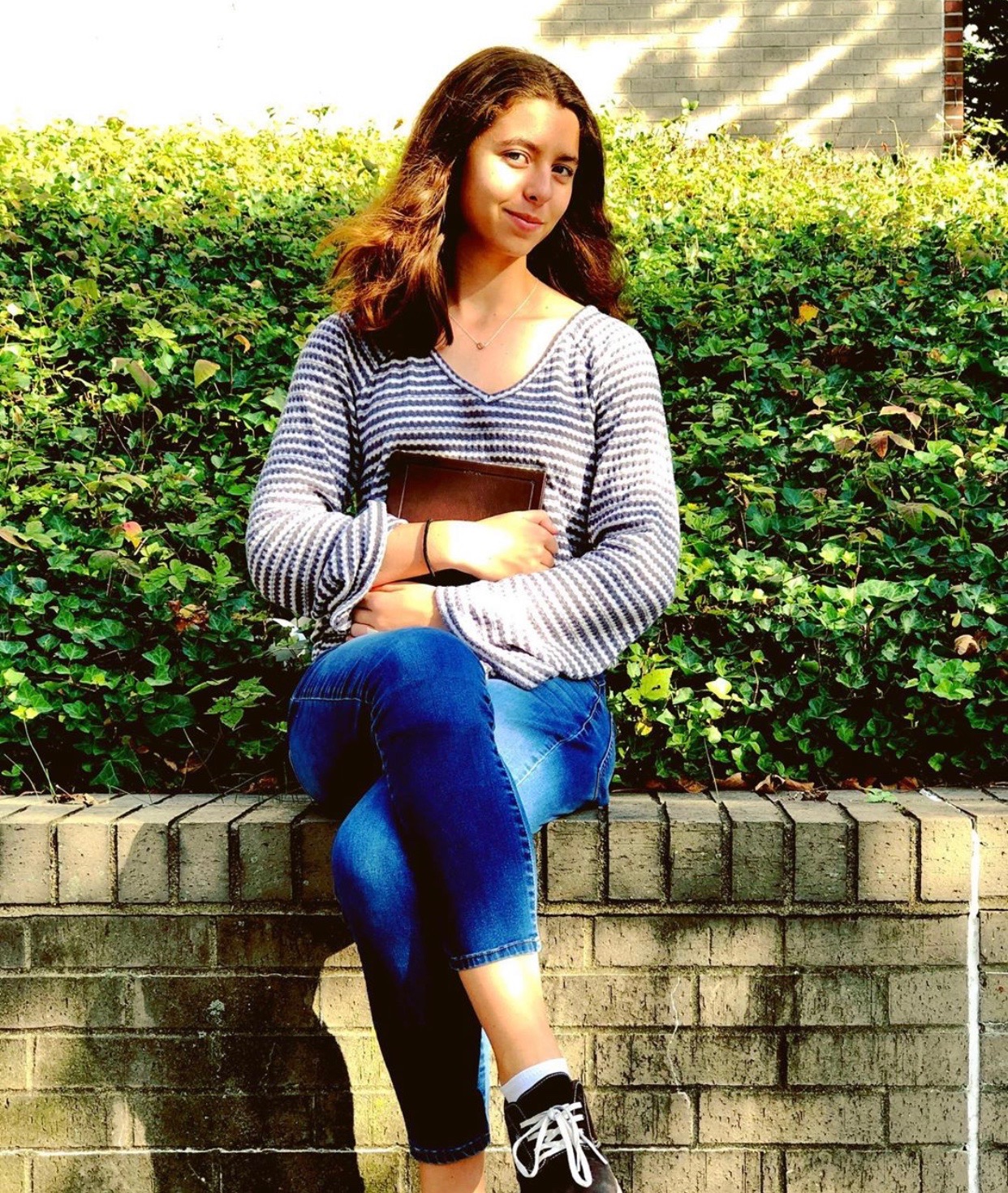 Novelist J.L. Willow exemplifies the definition of “young, emerging writer,” having published two books by the age of 19. Her YA novel Missing Her placed as a finalist in the Book Pipeline Fiction competition for its unique twist on the genre, a premise that hit all the notes for a riveting film or TV series.

Addressing the biggest question first: you’re a freshman in college and have already published two books. . . . Clearly, you’re driven to get your work out there. How did you, in a way, expedite everything?

I’ve always been one of those people who has to be constantly busy (sometimes too busy, if you ask my friends and family). I loved getting super involved in clubs and activities, but I also found that I enjoyed having a side project to do at home when I was finished with my everyday activities. It was really therapeutic to have something I could throw myself completely into and take my mind off of whatever was giving me stress during day-to-day life.

When I was really young, I started as a reader, but it didn’t take long for me to discover that I wanted to design my own characters and story. That’s when I started to write, in about second or third grade. Those beginning years were really just practicing, finding my voice, and figuring out how to create a character out of nothing. I was still reading constantly, and I could tell that my writing wasn’t up to the caliber of what I was reading. So I kept working and working until I eventually found a story that I thought was worthy of being put on shelves. Once I came up with the story for The Scavenger, I knew it was time to figure out the next steps to publication. Although I did publish earlier than most, books were a huge part of my life from the beginning, and I knew it was only a matter of time before I put something out on my own.

To start so early—noting the fact you finished your first “manuscript” in 4th grade—someone or something surely made an impact, at home or elsewhere? What, or who, first pushed you down this path?

To be completely honest, I’m a classic Harry Potter-inspired girl. I picked the series up as soon as I was reading on my own and got completely swept up by it all. I couldn’t get enough of the characters, the story, and the world. At the time, I couldn’t really describe why I was so drawn to them. It was more than just a fun fantasy story—there was something about these characters that made them leap off the page and feel real. They would make me laugh, cry, and put me on the edge of my seat. I had always enjoyed reading, but I had never come across something that felt so vivid. I will forever applaud J. K. Rowling for crafting such vibrant characters and making them accessible to a wide range of readers.

Now that I’ve written a few books, I can truly appreciate how difficult it is to create characters that are so complex. But it was that first experience with characters that spoke to me and allowed me to realize the power that books can have over a reader. I wanted to be able to conjure emotions for an audience as well—and that’s when I started writing.

We saw cinematic potential in Missing Her from the pitch alone. Puts such a nice spin on the genre. Did you write this thinking it could potentially be a film or series? In the conceptual phase, what’s your development process? What types of themes do you usually gravitate toward?

Whenever I’m writing, I usually visualize certain scenes and sequences in my head like I’m watching a movie (I think most writers do). But when I was writing Missing Her, I found myself picturing literal camera-angles and even sweeping shots of certain big moments. That was my first indication that this story could be adaptable to something other than pages. When I sent out early copies to some of my writing friends, I had multiple people say they could easily see it as a movie. To be honest, I always thought it would be cool to see one of my stories on the big screen, but I never considered it as a real possibility until I found Book Pipeline. That put the idea in my head that maybe this could actually happen one day. I’m so glad I took the extra few dollars I had as a college student and made the leap to submit.

I actually got the idea for Missing Her while I was in the middle of writing my first book and, to be honest, I was terrified to start writing. I had such a clear vision for what I wanted it to be—thrilling, paranormal, gut-wrenching—but I was afraid I wouldn’t be able to get it to fulfill its true potential. I remember sitting at a restaurant with my parents and pitching them a vague concept of a missing person story where a girl has to relive her friend’s memories, asking them if they thought it would be interesting. My mom and dad have always been my biggest supporters, and they were quick to encourage that first idea. It was at that dinner that I first started to see where this book could go.

For my debut, The Scavenger, I focused on building the people in the story. It’s very much a character-driven book, and I wanted the four perspectives to feel distinct and real. With Missing Her, though, I really had to work on crafting vivid and real characters amidst all of this paranormal story structure. I knew I wanted to bring in some thriller and horror elements to the plot, but there’s also a throughline of true friendship and family underneath that I wanted to underline as well. It took a long time to get the balance just right, but it was extremely rewarding when I finally nailed it.

The book was published in your senior year of high school. What was the experience like, to juggle what was probably 50 different things at once?

I remember journaling during my senior year and using Charles Dickens’ words to describe my current situation:

Some days were amazing, like participating in all the senior celebrations and celebrating four years of hard work with my family and friends.

There were some days, though, that I was completely stressed out of my mind. I not only had to balance the normal coursework that comes with high school, but I also had the stress of college applications and trying to run multiple social media platforms as an author. There was one week in May where I had calculus and physics finals, AP testing (brutal standardized testing to get college credit for high school courses), I was in Tech Week for a show, and I had the launch of Missing Her. I told myself that if I was able to survive that week, I would be able to survive anything. Thankfully, I made it through, did well on my finals and APs, and had a great book launch.

You mentioned you’re majoring in mechanical engineering and have always wanted to be an engineer—how does that direction fit into the flow of your creative writing aspirations (and just curious: why engineering)? Does it create a kind of yin/yang effect? Science and creativity living in perfect harmony?

For me, I’ve always found it so rewarding to visualize something in my head and then to bring it to life. I love doing that with writing—but I also love doing it as an engineer. I’m just finishing up my first year of college as an engineering student and I’m absolutely loving every second of what I do. I was lucky enough to go to a high school that offered some engineering courses, so I was able to realize early on that that was the direction I wanted to take as my career. It’s one of those things where I have a passion for both sides, and I can’t imagine choosing one over the other.

At this point, I would say that I use writing to balance my STEM work in college. There are definitely times, though, when I actually use engineering to give me a break from storytelling as well. It goes both ways. I think a lot of people who have a passion for the arts would view writing as the “fun work” and engineering as the “boring work,” but that’s not how I see it. Both are majorly important to me and both make up the person I am today. I can’t imagine my life with either, so my plan is to keep pursuing both.

Most influential book. No, you can’t pick multiples. One and one only. . . .

Oh, you’re making this difficult. Well, I’ve already talked about my love of Harry Potter, so I’ll give my most influential standalone story: definitely The Martian, by Andy Weir. Not only is it a gripping science-fiction story, but it has a fantastic backstory that makes it that much better. A quick rundown (for those who don’t know):

The book follows an astronaut stranded on Mars, forced to use the few supplies he has left to try to survive until NASA can find a plan to save him. Weir first wrote the story for fun on his blog, publishing an update as often as he could. It eventually gained popularity and people begged him to put it online so they could buy it. So, he put it on the Kindle store for the least amount of money possible (99 cents). It was only after it shot to the top of the best-seller list that he was picked up by a major publishing company and the book went into print for the first time. Weir didn’t originally want to make money off the book—he just enjoyed writing. He’s such a talented and humble storyteller that genuinely loves the craft.

I actually emailed him when I first published The Scavenger and explained to him how much him and his work have affected me over the years. He was kind enough to respond and I have signed copies of both The Martian and his second book, Artemis, sitting in my room. It also makes me genuinely happy to see another STEM geek excelling in the writing craft. I’d like to think we’re not so different, both science geeks that just happen to have a passion for telling stories, too. 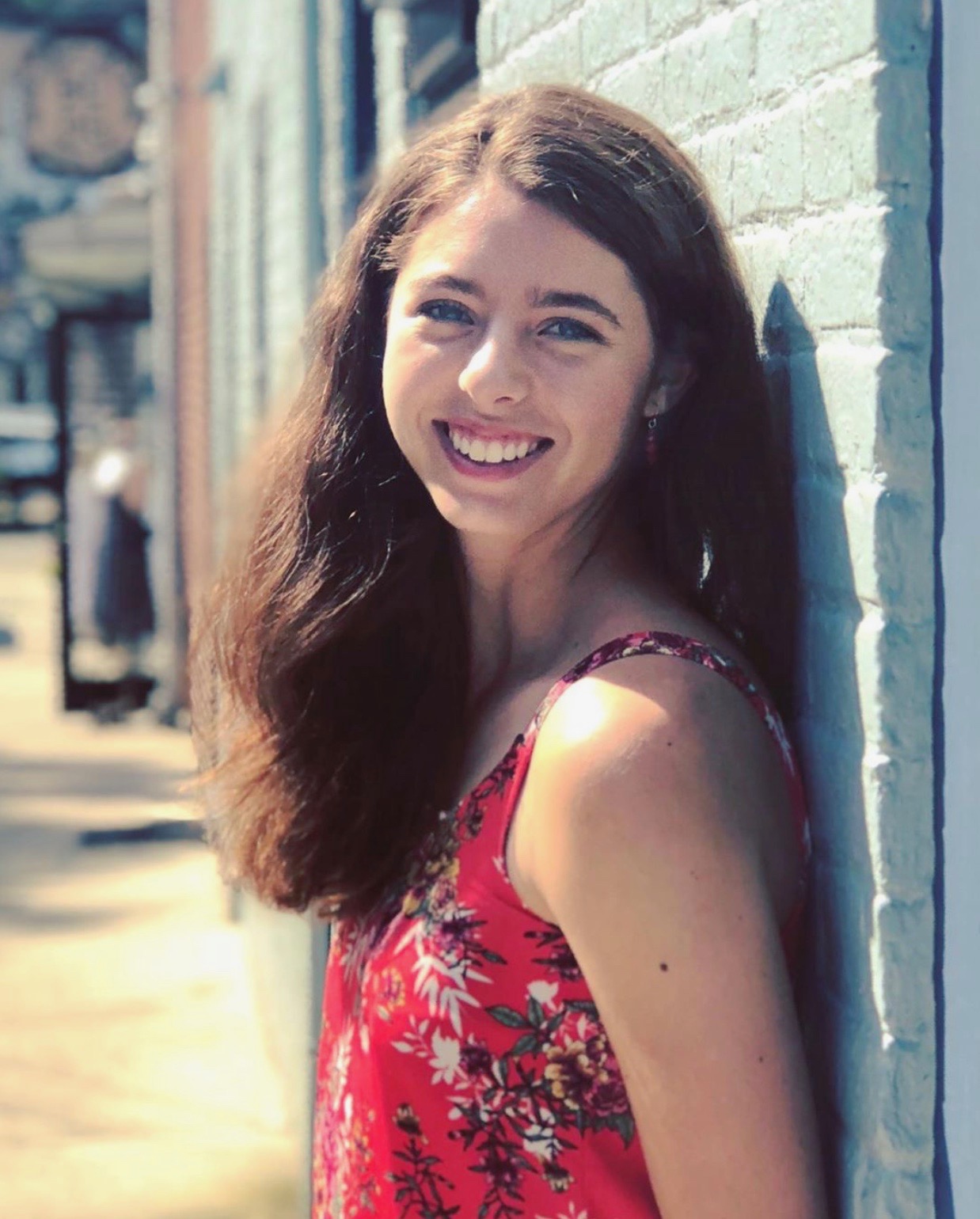 J. L. Willow voraciously read everything she could get her hands on as a child and continues to this day. She was inspired by the way words on a page could capture the imagination, beginning her journey as a writer at just six years old. When she’s not holding a pencil or a book, she can be found belting her favorite musicals or studying to become a mechanical engineer. Willow’s first novel, The Scavenger, is a young adult coming of age novel that was published when she was just a junior in high school. Her paranormal thriller, Missing Her, was published at the end of her senior year and follows the disappearance of a teenage girl named Eliza.

For her second novel, Willow drew inspiration from her expansive knowledge of horror books and films to craft something dark of her own. She wanted to turn the classic “missing person” story on its head and create something readers had never experienced before. After much time spent detailing the plot’s countless twists and turns, Missing Her was brought to life. It’s been putting readers on the edge of their seats ever since.

Willow is currently working on a collection of short horror stories with an expected release of 2021. What few days off she has are spent relaxing with her family in New Jersey or day-dreaming about her next story.