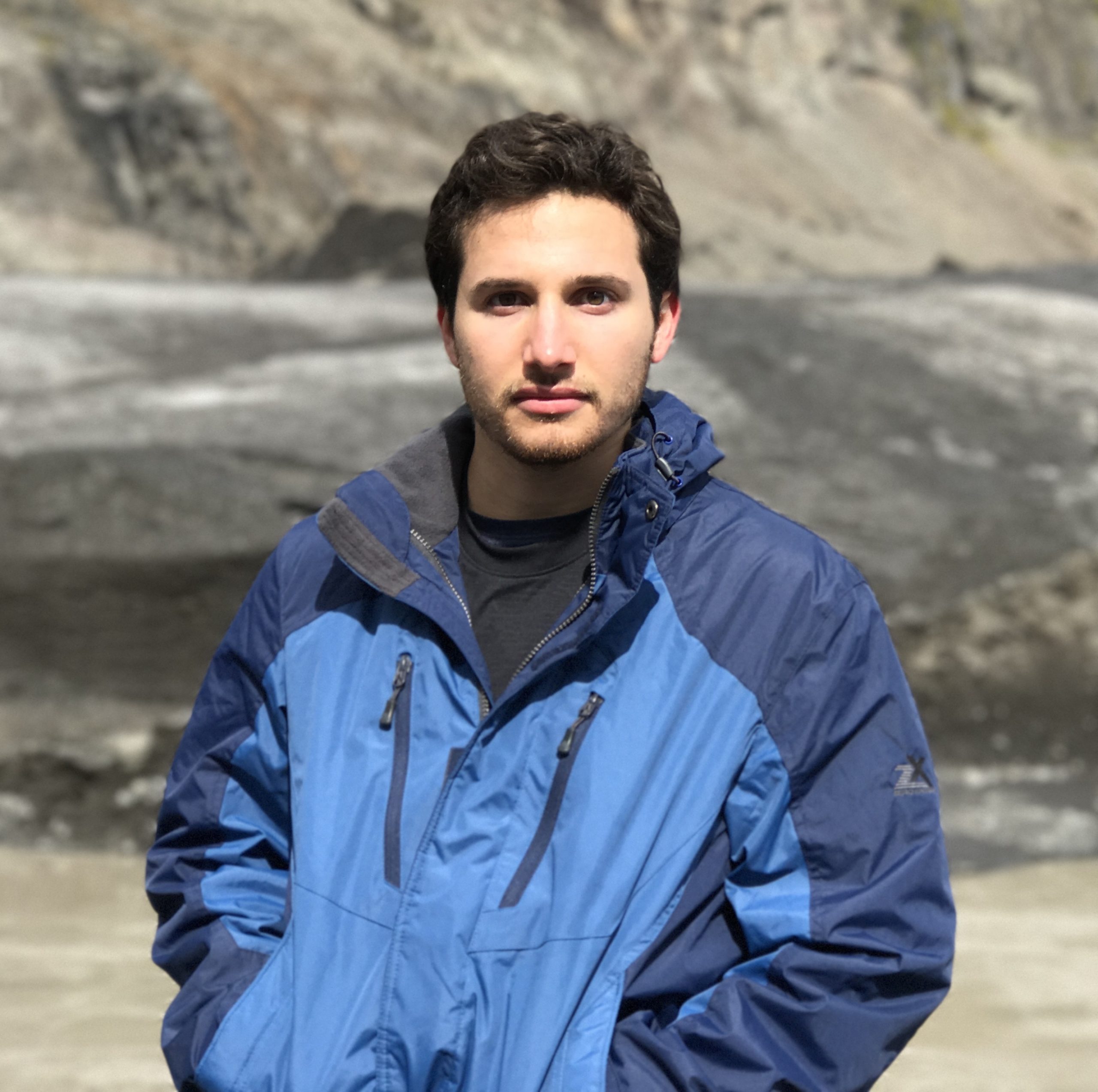 Ari Halevy was the Grand Prize Winner of the Sci-Fi/Fantasy category in the 2020 Book Pipeline Unpublished season with his novel, Heretical.

Sanctum, the dystopian, caste system-divided setting of Heretical, is incredibly complex and immersive. On the surface, it seems like it could run the risk of being too difficult to digest. Yet, at no point did we feel like the mythology outweighed the narrative itself—an incredible, not-often achieved feat in the high fantasy genre, and a testament to your skill as a writer. It’s doubly remarkable when you take into account that this is your first novel. What made you want to tackle such an intricate subject in your first attempt at being an author?

In many ways, the story I wanted to tell required me to leave my comfort zone. I’ve always been an avid reader of fantasy books, but the sheer scope they entail felt daunting to deconstruct, especially through the lens of one protagonist. I saw an opportunity to bring a new perspective on manhood to the genre, so I molded the world and its pressures to facilitate that. This seemed like a better approach to conveying my themes, rather than setting the story in a familiar universe that doesn’t require readers to open their minds. The character’s perception of the mythology actually became a crucial factor in deciding his hardest choices (and mine as a writer).

Ultimately, my goal was to connect with who I was ten years ago, and show him that gay nobodies can do epic things. Yes, you will struggle with coming out, and possibly a dictatorship that burns you alive for it, but that doesn’t mean you can’t be a sword-slinging, robotically-enhanced man who happens to love other men!

Your protagonist, Frey, is a Dweller (an impoverished laborer) who relies on theft to keep him and his sister alive after their father was murdered. After Frey is captured and sentenced to death when a heist goes sideways, he is reborn as a Shadow (a citizen stripped of caste for blasphemy and crime), and thrown headfirst into a rebellion—one that his father was part of before his death. This is a really clever choice, storytelling-wise. Not only does it provide an organic way to “unlock” the immensely sophisticated structure of your story-world, but it also allows you to explore themes of redemption, regret, and mortality. What surprised you most about Frey’s arc as you developed him over the course of writing Heretical?

I was shocked at how prominent the existential idea of insignificance arose during his lowest lows, and by association, the feeling of being unlovable. We are accustomed to seeing teen protagonists meet the call to action and grow confident in their ability to affect the world around them. While Frey has a coming-of-age story of sorts, the psychological burden of his loss and sexual deviancy has already forced him to grow up long before the story begins. Most characters his age don’t face the idea of being alone forever, and if they did, would they still have the drive to fix a world they’ll never be a part of? The added challenge of self-acceptance is at the heart of all his fears, which helped me realize something about myself, too.

You come from a film/TV writing background—you recently got your MFA from NYU’s Graduate Filmmaking program, and your short films and scripts have been making the rounds on the festival circuit. How do you think being a filmmaker influenced your approach to fiction writing?

I found myself searching for visual, economical solutions that would make the final cut of a film when I was in a pinch. While it was liberating to detail Frey’s inner world on the page, I tried to evaluate each scene as it would play to an audience, including how his thoughts would translate without the privileged insight of the reader. This was particularly tricky when it came to the lore, but I did my best to incorporate it in ways that pushed the story forward or challenged my protagonist to grow. Whenever I felt description was offsetting momentum, I challenged myself to simplify the presentation like I would in an editing room. Plus, if I can explain something with flame-spewing statues and holograms, I’m not going to waste that exposition on dialogue. Maybe if I’m lucky, we’ll actually see it on a screen someday!

From your perspective as a gay creator, what frustrates you most about the way gays are portrayed in the publishing world and the arts in general? In what ways do you think that Heretical—and all of your work, for that matter—confronts those misrepresentations?

While there have been huge strides in recent years, I still get annoyed when gay characters are distilled into heteronormative roles for ease of consumption. The risk of not doing so and alienating the general audience still feels very real. Gender stereotypes are gradually dissolving, though, so I do believe it’s only a matter of time before complex gay characters can headline big budget action movies, or raise a family on a primetime show without one partner/husband being “the mom.”

In my own work, I focus on the psychological factors that fuel a character’s attraction, even if doing so invites contradictions. For example, Frey’s evolving friendship with his love interest, Judas, is driven by both the need to protect and the need to be protected. There is no clear pursuer, nor an established framework to help them understand their feelings. Exploring what connects them beyond traditional masculinity or femininity or physicality is what made their relationship so durable, in my opinion.

Quick, without thinking too much—what’s your favorite line from a Sci-Fi/Fantasy book that you read growing up?

Geralt of Rivia in The Last Wish from The Witcher series: “Evil is Evil. Lesser, greater, middling… makes no difference. The degree is arbitrary. The definition’s blurred. If I’m to choose between one evil and another, I’d rather not choose at all.”