By Book PipelineMarch 12, 2020No Comments 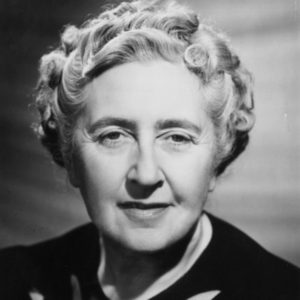 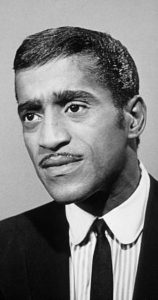 Here are some of the most notable adaptations announced in February 2020:

– Kenneth Grahame’s 1908 children’s novel The Wind in the Willows is getting another adaptation! Downton Abbey’s Julian Fellowes will script for Kindred Images and Bill Melendez Productions. Methuen first published the novel.

– James Graham will adapt his play Ink for BRON Studios. The play is inspired by Rupert Murdoch.

– Charles Murray will script a Sammy Davis, Jr., biopic for Paramount Pictures and di Bonaventura Pictures. The film will be based on several sources, including Sammy Davis, Jr.’s 1965 autobiography Yes I Can: The Story of Sammy Davis, Jr. (co-written with Jane and Burt Boyar). The book was originally published by Farrar Straus & Giroux.

– ACE Entertainment has optioned Abigail Hing Wen’s YA novel Loveboat, Taipei. The novel was published in January by HarperTeen.

– Riley Sager’s Home Before Dark has been optioned by Sony Pictures Entertainment and 21 Laps Entertainment in a competitive auction. The novel will be published in June 2020 by Dutton.

– Berlanti Productions and Truly*Adventurous will co-produce Secrets & Wives. The script, to be written by Carly Wray, follows ex-gangster Henry Hill as he enters into a secret marriage while in the witness protection program. The script will be based on Greg Nichols and Matthew Pearl’s article published on Truly*Adventurous.

– Leon Ford will adapt The Portable Door for The Jim Henson Company and Story Bridge Films. The fantasy/comedy script will be based on the series of six novels by Tom Holt, published between 2003 and 2009 by Orbit Books.

– Mikki Daughtry and Tobias Iaconis will adapt Daughtry and Rachael Lippincott’s YA novel All This Time for Lionsgate and Megamix. The book will be published in October 2020 by Simon & Schuster Books for Young Readers.

– Ronnie Sandahl will adapt Kerri Strug and John P. Lopez’s nonfiction novel Landing on My Feet, A Diary of Dream for Riverstone Pictures and Pulse Films. Olivia Wilde will produce/direct. The book was originally published in 1998 by Andrews McMeel Publishing.

– Ian Stokell and Lesley Paterson will adapt All Quiet on the Western Front for Amusement Park Films and Rocket Science. Erich Maria Remarque’s novel was previously adapted for film in 1930 and as a television film in 1979. It was originally published in German by Propyläen Verlag and in English by Little, Brown and Company, both in 1929. This version will star Daniel Bruhl, will be directed by Edward Berger, and will be filmed in German.

– Elizabeth Hunter will adapt Sheri Hunter’s upcoming book Daring to Live: How the Power of Sisterhood and Taking Risks Can Jump-Start Your Joy for Paramount Players and Franklin Entertainment. Baker Books will publish.

– Agatha Christie’s And Then There Were None is getting another adaptation, this one written by Anna Waterhouse and Joe Shrapnel and produced by Twentieth Century Studios and 21 Laps Entertainment. The novel was originally published in 1939 by Collins Crime Club and has been adapted for film and TV 14 times in various languages.

– Dee Rees will adapt the opera Porgy and Bess (libretto by DuBose Heyward, music by George Gershwin, and lyrics by Ira Gershwin) for MGM and Winkler Films. The opera was originally based on Heyward’s 1925 novel Porgy, first published by Doubleday.