A House Between Earth and the Moon

By Peter Malone ElliottApril 26, 2022No Comments 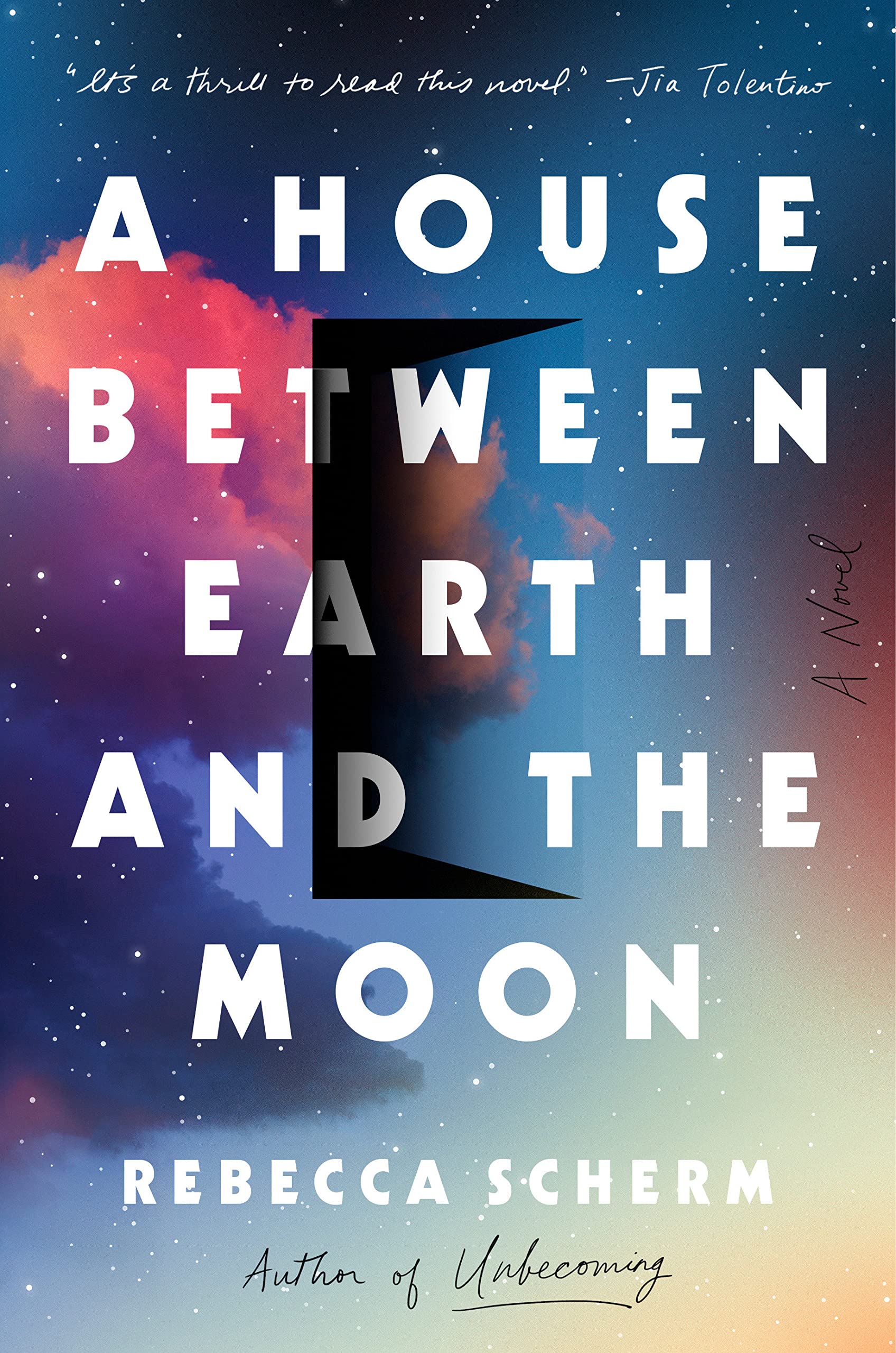 For those of you who listen to the podcast that I co-host (“This Podcast Needs a Title“—yay shameless plugs!) and understand that weird reference, you’ll know that I approach pieces of science fiction—whether it be a novel, film, TV show, or otherwise—with a healthy dose of … shrug. It’s not that I don’t understand the value of works like Jurassic Park, I just … don’t really care about them?

*Peter ducks profusely as he dodges the proverbial tomatoes thrown at him by readers who <3 dinosaur theme parks and aliens and such.*

This delightfully heated discussion with my wonderful TPNAT co-host Erica Davis inspired me to review a novel that very much goes against my natural inclinations: A House Between Earth and the Moon—a complex sci-fi epic that takes place in a near-future world where climate change has ravaged the Earth and made it nearly unlivable. Given that we have just under seven years before we are faced with irreversible climate impact to our Earth (if you don’t believe me: https://climateclock.world) A House Between felt like a timely, important read that had the added bonus of broadening my reviewing horizons.

Wait, that’s not right. I know what Stars Wars is. Lightsabers. The Force. Yoda. Yeah. Woo…

A House Between is a multi-POV saga centered around the creation of Parallaxis, a luxury residential space station for billionaires financed by Sensus, the tech conglomerate that has inserted themselves (literally) into the public consciousness through their ubiquitous phones implanted in the ears of the general population. Building Parallaxis is a team of cutting-edge scientists, deemed the “Pioneers.” Leading them is Alex, who has been obsessively working on a gene-edited super-algae for years, as he believes it is the key to reversing climate change on Earth. Alex only agreed to be stationed on Parallaxis when the Son sisters, the mysterious leaders of Sensus, said they would fund his research—provided that his lab be on Parallaxis. Thus, Alex and the other Pioneers toil at all hours to make Parallaxis a reality, fueled by the moving-goalpost-pledge that, once their work is complete, their families will be sent up to join them.

Meanwhile, Alex’s estranged family is going through some trouble of their own. Besides the raging storms and fires that ravage Earth, Mary Agnes, Alex’s teenage daughter, is having problems fitting in at school and wants nothing more than to join Alex up on Parallaxis—much to her mother’s chagrin. Finally, there’s Tess—the young psychologist who’s been secretly assigned by the more powerful of the Son sisters (Katherine) to spy on the Pioneers through their phones to construct an algorithm that will predict human behavior. And when Alex’s family, Tess, and Rachel (the less powerful Son sister) are sent up to Parallaxis themselves? All these worlds collide with earth-shattering consequences.

If this all sounds really complicated—that’s because it very much is. Accurately describing the full scope of this book concisely was … certainly a challenge. Simply put, this isn’t a book for the faint of heart. Besides the intricate multi-POV structure that it takes, A House Between makes no attempt to make the science behind the novel’s overarching concept “accessible.” There were sections of the read where, to be honest, I didn’t really have a full grasp on what the heck Alex and the other Pioneers were talking about. And while this didn’t take away from the overall arcs or the emotional through-lines of the characters, it did make me feel very much like Tess—a distant observer viewing subjects of an experiment. It was a very distinct reading experience for me, as I usually gravitate towards novels that viscerally plunge you right in the thick of things with the protagonist(s)—like you are in the action of the story with them.

None of these characteristics made the book “bad,” mind you. It just made me realize that, about a quarter of my way through the read, that I needed to view A House Between with a different lens than I use with the other works I review. Part of this undoubtedly has to do with the fact that it’s very much marketed as a sci-fi thriller—when it’s … very much not that, in my humble opinion. Furthermore, A House Between required me to view it as more of an intellectual exercise than a vehicle designed for pure entertainment value. And once I adopted that mindset? I found myself immersed in the cerebral experience that A House Between provided. It’s an undeniably thought-provoking work with thematic overtones that ring dramatically reminiscent of our own society—a damning meditation on a species that’s inextricably linked by technology, and yet is further divided than ever.

Most importantly, though, it is a stark reminder that, at the rate we’re going? The events of A House Between could very much become our reality. So, that in and of itself makes it a seminal work of our era—a wake-the-hell-up-and-smell-the-coffee call of seismic proportions. And if climate change isn’t at the forefront of your mind? It needs to be.

Because our survival could very well depend on it.

Do yourself (and the Earth) a favor and challenge yourself by picking up a copy today.