The Last to See Me 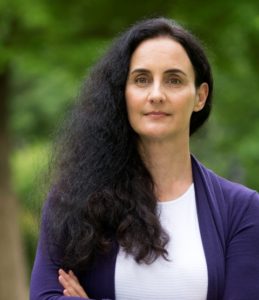 M Dressler is the nom de plume of novelist, essayist, and professor Mylene Dressler. Following a successful career as a professional ballet dancer, she earned her PhD at Rice University, where she wrote and finished her first novel, The Medusa Tree, about a young dancer struggling against war and the myths of beauty and power entangling her family. Praised for this debut work as “a natural born storyteller” (Library Journal), she followed it with her “splendid” (The New York Times) second novel, The Deadwood Beetle, the story of an aging entomologist haunted by his harrowing, war-time past. Her stories often explore characters battling their ghosts, including her comic third novel, The Floodmakers (“a hilariously poisonous, devilish little tale”—Booklist), about a playwright who must decide whether to live or die among his obsessive family.

She lives and writes in North Carolina, and in the canyon country of southern Utah. The sequel to The Last to See Me, I See You So Close, released in March 2020.

From Book Pipeline: “Shows cinematic potential from the first chapter, then drifts into a contemplative and grounded experience. Beyond Dressler’s striking illustration of two eras–the California coast of the early 20th century and the near-future—the narrative’s slow burn builds up certain expectations, tears them down, and by story’s end presents us with something unique and memorable. Our POV through the eyes of a young woman long-deceased contributes to an engaging, emotionally jarring ride. The backdrop: nostalgic and oddly timeless. It’s often said there’s an X factor in the arts. In acting, in music, in writing. . . . The Last to See Me is certainly no exception to that rule. One could make a case, though, that this is no genre reinvention—it’s a reimagining. And a no-brainer for film adaptation.” 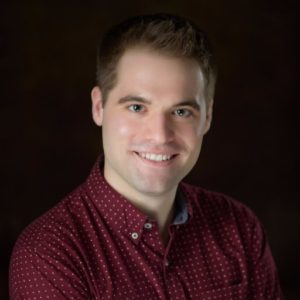 Spencer’s feature film script Term Limits was a Semifinalist in the Academy Nicholl Fellowship screenwriting competition in 2015, while subsequent scripts have received recognition in a variety of competitionss.

The as-of-yet unpublished Glasswork Empires tells the story of a young woman in a futuristic world, forced into isolation and made to watch as society crumbles outside her windows. As she looks back on the decisions that brought her here, she gradually comes to believe that the answers to the global revolution around her may be hiding in her own past. 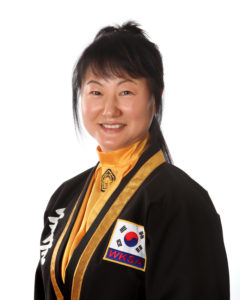 CHOON-OK Jade Harmon is a professional martial arts teacher and the only woman to hold the highest rank in the Korean martial art of Kuk Sool Won. Iron Butterfly, co-authored with Ana María Rodríguez, is Harmon’s true story.

As a young girl born in the small South Korean island of Koje Do a few years after the Korean War ended, Harmon faced a dismal situation. She was the youngest of seven siblings in a large, destitute family that could not afford food, medical care, or coal for the frigid winters. The family expected her to follow in the footsteps of a traditional Korean woman, but Harmon wrote her own destiny.

Propelled by her strong will and determination, she embarked on a journey that defied Korean family traditions. She found her calling in her early teen years while watching a martial arts class in the South Korean city of Pusan. Harmon decided then to dedicate her life to training and teaching martial arts, despite the opposition of her family and several martial arts masters. The realization that she could only accomplish this dream in the United States – a world where women had options – ignited her fierce determination.

Iron Butterfly follows Harmon’s journey; a compelling story that illustrates her triumph over often repressive family traditions, language barriers, and gender discrepancies. Her story also provides insights into Korean culture, including the slowly dying tradition of the “women of the sea,” who like Harmon’s mother did in her time, free dive to harvest seafood and feed their families.

Harmon lives with her family in Houston, Texas, where she and her husband own a successful martial arts school and teach students of all ages.

ANA MARIA RODRIGUEZ is a writer with 26 books and over 80 magazine articles to her credit. She began her career as a scientist and later became a science writer for children and adults. Her writing also includes biographies of outstanding people and true stories that blend history and science.

Rodríguez’s work has appeared in the children’s magazines Highlights, Current Health, and Scholastic’s SuperScience, among others. A short story, The Mermaid, was published in Los Angeles Times (2012). Her most recent books, Animal Secrets Revealed! (2018), comprise a six-book series about how animals survive in the most strange ways. The books feature, for example, scuba diving spiders, the meerkat’s school for hunting scorpions, and the secret of the deceiving striped lizards. In the adult market, Rodriguez’s work has appeared in the trade magazines Just Labs and EQUUS.

Iron Butterfly (2011), co-authored with Choon-Ok Jade Harmon, is Rodríguez’s first young-adult/adult book and a finalist in the 2017 Book Pipeline competition. Iron Butterfly is the true story of Choon-Ok Harmon, a woman from a small South Korean island who defied family traditions and changed her life forever in the pursuit of her ultimate goal of becoming a professional martial artist and the highest-ranking woman in the martial art of Kuk Sool Won.

Rodríguez’s accolades include Highlight’s History Feature of the Year Award (2006), two School Librarians International Awards in Science Books (2008 and 2009), and three Science Books & Films Best Book List Awards (2006, 2007, and 2011). Rodríguez holds a doctorate degree in science and immunology, and taught writing at the Institute of Children’s Literature for about 10 years. She lives with her family in Houston, Texas.

Unzipped: The Chronicles of a Fashion Fit Model by Darlene Parris Young

But behind the scenes at home, however, it was a different story.  Surviving a violent and emotionally absent father, and later a series of abusive husbands, Darlene’s transformation from victim to a voice for women took years.

Throughout these marriages, Darlene relived her trouble relationship with her father, a WWII decorated war hero so damaged that it was only after a spiritual awakening and a near death experience (NDE) at sea to understand that her journey to heal from abuse was not so unlike her father’s unsuccessfully quest to heal from the wounds of war.

Unzipped: Chronicles of a Fashion Fit Model focuses on her career as she worked for top designers including Diane von Furstenberg, Ralph Lauren and Chanel, traveling the globe with celebrities, struggling to find love.

Flight of the Pigeon Man by Elvin Sabla

Too Much Information by K. Alan Leitch

Why They Stay by Anne Michaud