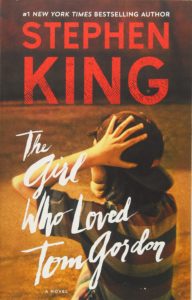 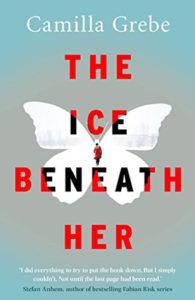 Here are some of the most notable adaptations announced in April 2020:

– Christy Hall has been tapped to adapt Stephen King’s novel The Girl Who Loved Tom Gordon for Village Roadshow Pictures, Stampede Ventures, and Vertigo Entertainment. The novel was originally published by Scribner in 1999.

– Claire North’s sci-fi novel The First Fifteen Lives of Harry August is getting an adaptation from Amblin Partners, Blueprint Pictures, and Oddball Entertainment. Melissa Iqbal will script, and Wes Ball will direct. The novel was published in April 2014 by Orbit Books in the UK and Redhook Books in the US.

– Ridley Scott’s Scott Free Productions has acquired Lawrence Wright’s novel The End of October. Scott to produce, possibly direct as well. The novel was published in late April by Knopf.

– Village Roadshow Pictures and Berlanti Productions have optioned Emma Brodie’s Songs In Ursa Major. The novel will be published in summer 2021 by Knopf.

– STX Entertainment, Mad Chance, and Radio Silence have acquired the rights to Camilla Grebe’s Swedish novel The Ice Beneath Her. Daisy Ridley is in talks to star, and Radio Silence (made up of filmmaking trio Matt Bettinelli-Olpin, Tyler Gillett, and Chad Villella) will direct. The psychological thriller was originally published in 2016 by Ballantine Books.

– Superb Entertainment optioned the rights to Allison Winn Scotch’s novel Time of My Life, originally published by Crown in 2008.

– Over at Warner Bros., Lord of the Flies is getting another adaptation. Patrick Ness will script, and Luca Guadagnino will direct. William Golding’s novel was originally published in 1954 by Faber and Faber.

– Kit Steinkellner has been assigned to adapt Genki Kawamura’s book If Cats Disappeared from the World for Sony, Olive Bridge Entertainment, and Toho. The novel was published in the US by Flatiron Books in 2012 and was previously adapted into a Japanese film in 2016 (directed by Akira Nagai).

– Warner Bros. and Brad Pitt’s Plan B Entertainment acquired Edward Ashton’s upcoming novel Mickey7. The novel will be published in 2021 by Solaris in the UK. The story has been described as The Martian meets Children of Time.

– Molly Smith Metzler will provide the script to Dan and Sam for Universal Pictures, Marc Platt Productions, and Automatik Entertainment. Hikari will direct. Mark Watson and Oliver Harud’s graphic novel was published in 2015 by Picador.

– Bess Kalb will adapt her memoir/book Nobody Will Tell You This But Me for Sight Unseen Pictures and Entertainment 360. Elizabeth Chomko is set to produce and direct. Knopf originally published Kalb’s book in March 2020.